Cyberpunk 2077, first announced in May 2012 by Polish developer CD Projekt RED, has been one of the most anticipated games for quite some time.

The developers themselves went on to admit the announcement took place simply too early, as they were still very much focused on shipping The Witcher 3: Wild Hunt, launched in May 2015. Proper pre-production didn't start until the final stages of development of that game's final expansion, Blood and Wine, released in May 2016.

That said, the production ramped up quickly to levels never seen before at CD Projekt RED. The studio significantly increased the size of its Kraków office as well as launching a brand new one in Wrocław a couple of years ago. Additionally, they partnered with external firms like Digital Scapes and, just earlier this year, QLOC. In July 2018, the size of the team working on Cyberpunk 2077 was 350 developers; in February 2019, it had already exceeded 400; the figure would cross 450 employees in July 2019 and 500 in October last year.

The original release date for Cyberpunk 2077 was April 16th, 2020, as unveiled at E3 2019 during Microsoft's press conference. However, CD Projekt RED postponed the launch to September 17th, 2020 for polishing reasons. The delay happened before the advent of the COVID-19 pandemic and the studio does not expect any further issues after switching to the 'Work from Home' model.

Cyberpunk 2077 is expected to release simultaneously for PC (Steam and GOG), PlayStation 4, Xbox One, and Google Stadia. Furthermore, NVIDIA confirmed it will be playable on its GeForce NOW cloud streaming service on Day One with raytracing effects enabled (provided you are a GeForce NOW founder with access to RTX server hardware).

Despite The Witcher 3: Wild Hunt launching on Nintendo Switch, it appears to be unlikely that the same could happen for Cyberpunk 2077 given the greater technical complexity of this new game.

If you're interested in pre-ordering, Amazon has provided a $10 discount for some time on the Standard Edition. The Collector's Edition is unavailable by now, so it's probably a good idea to forget about it unless you had previously secured a pre-order. However, there are some branded accessories you can still purchase, such as the SteelSeries Cyberpunk 2077 headset, the Xbox Wireless Controller Cyberpunk 2077 Edition, and an Xbox One X Cyberpunk 2077 Edition console.

The role of Keanu Reeves

Yes, as you have probably heard already, the Canadian actor known mostly for his roles of Neo (in The Matrix) and John Wick will be a prominent star in Cyberpunk 2077. In fact, the developers said he has the most lines out of any character that is not the playable one, V. That's mostly because Reeves himself enjoyed his role so much that he pushed to expand it and ended up doing double the planned screen time.

Keanu Reeves plays Johnny Silverhand, a big and mysterious character in the Cyberpunk universe. A popular singer for the band Samurai, Silverhand disappeared in 2020 during a raid to the Arasaka corporation headquarters, when he was trying to save his kidnapped girlfriend. Believed to be long dead, Silverhand is set to appear to the player character in the form of a 'digital ghost' functioning as a guide to Night City. His real goals, however, are unknown. 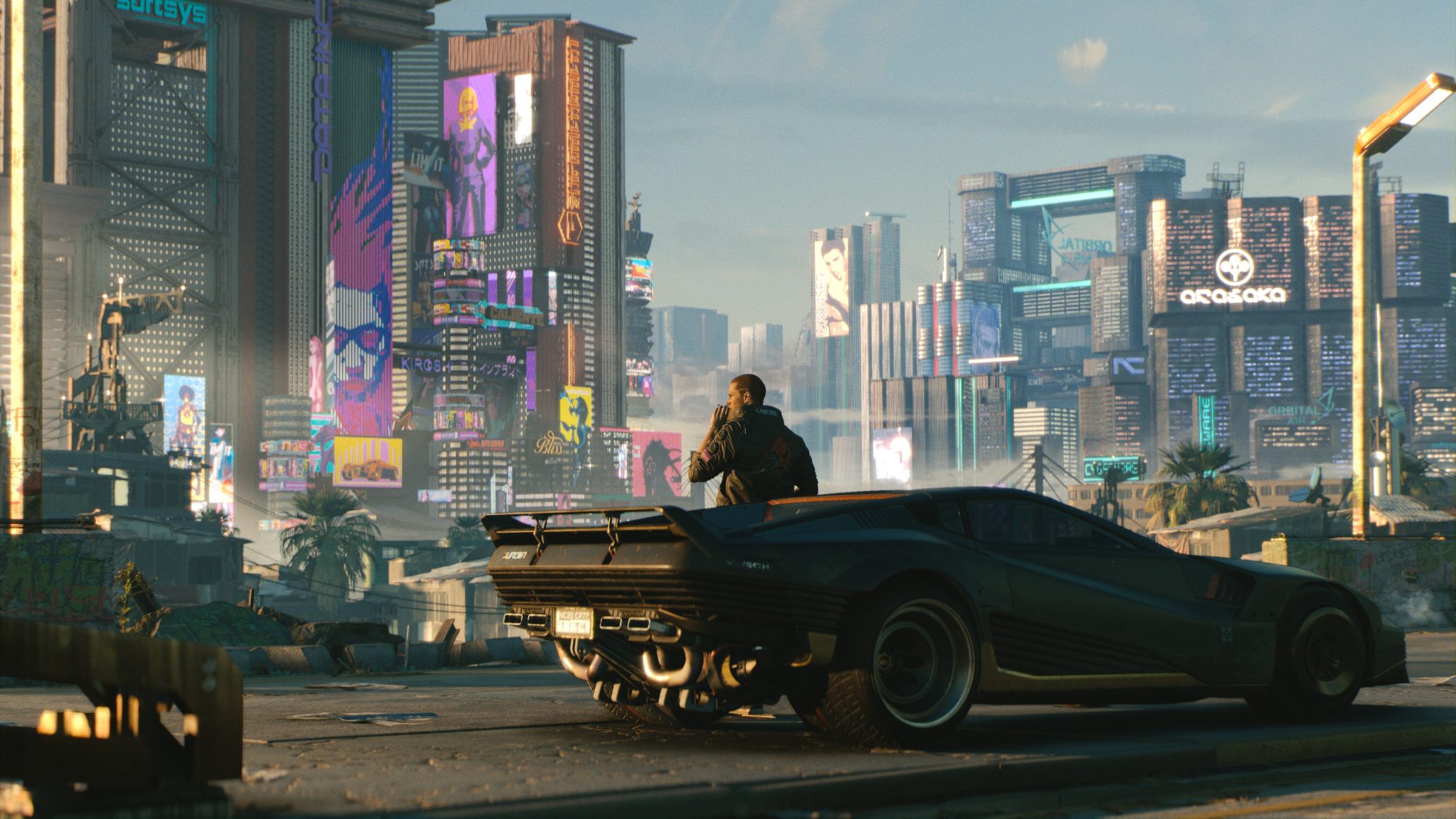 For the first time in a CD Projekt RED game, Cyberpunk 2077 is offering players the chance to fully customize the player character. This makes sense, as it is based on Mike Pondsmith's popular Cyberpunk 2020 tabletop game after all.

Players will get to choose their character's body as well as voice, the latter between male and female options. Simply called V, the player character is a mercenary who recently entered Night City, the Los Angeles-inspired Californian metropolis where the game is set, to make fortune.

Night City is a multilayered city due to its four different historical eras: Entropism, Kitsch, Neomilitarism, and Neokitsch. Six different regions have been detailed: City Center, Westbrook, Heywood, Santo Domingo, Pacifica, and Watson. A seventh one, the Badlands, can also be explored on the outskirts of Night City. According to CD Projekt RED, the playable world might be a little smaller than that of The Witcher 3, but it is a lot more dense and vertical. A day and night cycle, as well as dynamic weather (including acid rain caused by high levels of pollution), are in the game.

Flying vehicles can be used, though not piloted, by V. Available side activities include street racing, boxing, hacking, martial arts, and shooting ranges. There's also a law enforcement system in place in Cyberpunk 2077, though it won't be quite as fully featured as in a Grand Theft Auto game.

One of the biggest differences with The Witcher trilogy is that Cyberpunk 2077 is played entirely in first person view, except when driving vehicles. The choice turned out to be controversial among select fans who are not fond of first person view or cannot stomach it due to motion sickness.

However, CD Projekt RED stuck to its vision and explained the game could not be made in the same way while using a third person perspective. The level of immersion wouldn't be the same, for one thing, and moreover it would hurt the goal of seamlessly blending cutscenes and gameplay as seen in the official Cyberpunk 2077 footage. A Field of View slider will be available for tweaking, though.

Compared to The Witcher's Geralt, V can be played in much more different ways as it is effectively a 'blank slate' character. Players will be free to create their own playstyles for V in the classless system, going from a stealth character to a soldier-type character and anything in between.

The same goes for plot choices during the branching dialogues. V can act honorably or not, with decisions leading to different endings. Failing a quest also won't result in a 'Game Over' screen in Cyberpunk 2077, and the game will go on taking that into account.

Overall, the developers said the length of the main plot in Cyberpunk 2077 could be slightly shorter when compared to The Witcher 3, but they also expect the game to be far more replayable.

Not much is known about this part of the game. Once again, this is the first time the Polish developers are doing a multiplayer mode for one of their roleplaying games, which increases the shroud of mystery on how Cyberpunk 2077 could actually play.

What we do know is that multiplayer was still being researched not too long ago and it started as a smaller project. CD Projekt RED did not confirm it would be a feature until September 2019, and even then, they made it clear it would only be released after the base game and all its single player DLCs. That puts its current ETA to early 2022, at least. Monetization will be 'wise', according to CD Projekt RED. 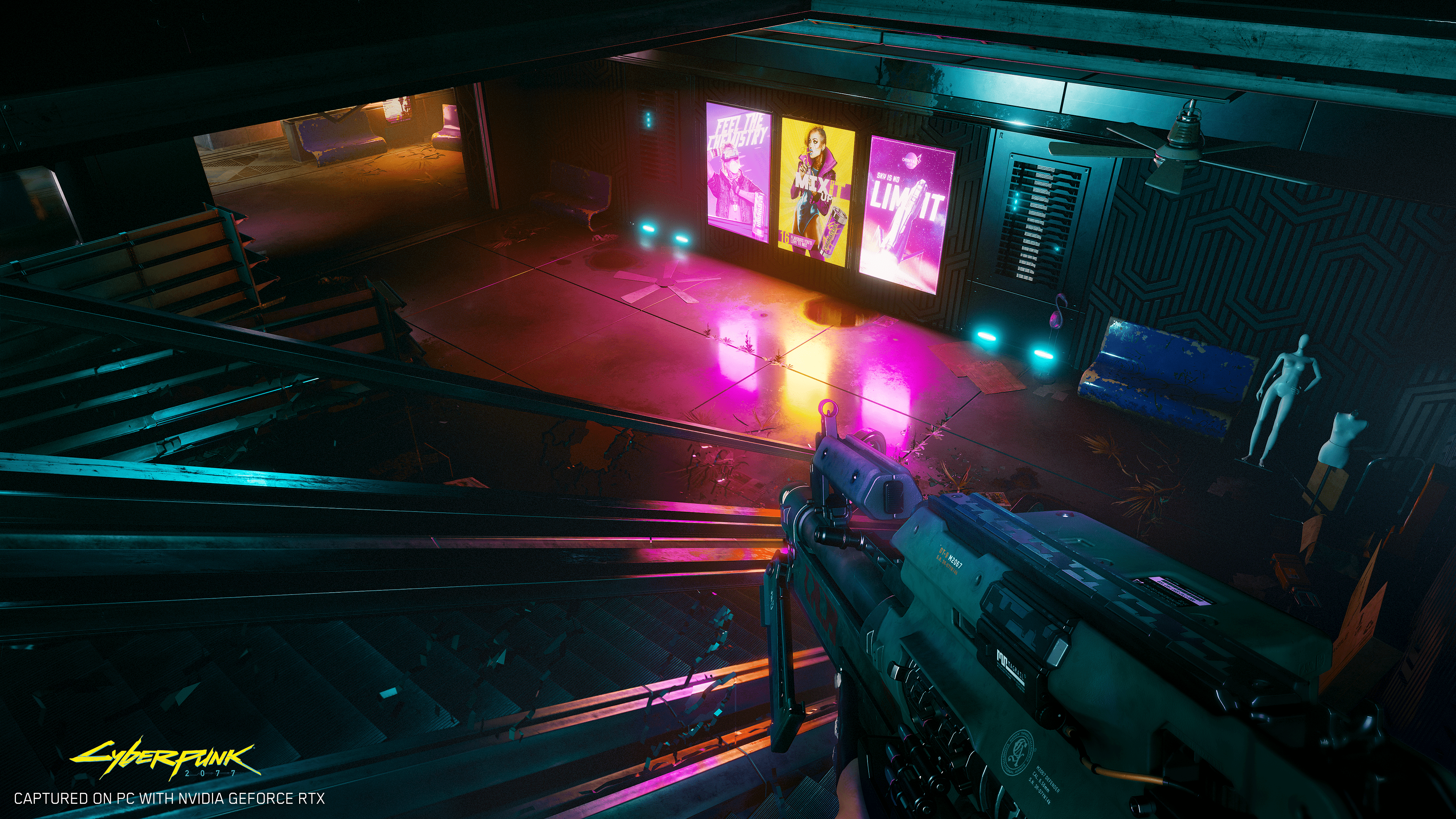 After using BioWare's Aurora engine for the first The Witcher game, CD Projekt RED switched to its own RED Engine for The Witcher 2: Assassins of Kings. The results were stunning, to say the least, and the Polish developers demonstrated even finer expertise with The Witcher 3: Wild Hunt.

Needless to say, there are strong expectations for Cyberpunk 2077 in the technical department, too. Powered by the fourth RED Engine revision, it features vastly improved animation systems, a brand new vertical asset streaming system, and raytracing support in partnership with NVIDIA for Ambient Occlusion and Diffuse Global Illumination.

No system requirements have been revealed as of yet. However, expect Cyberpunk 2077 to be relatively demanding when it comes out.