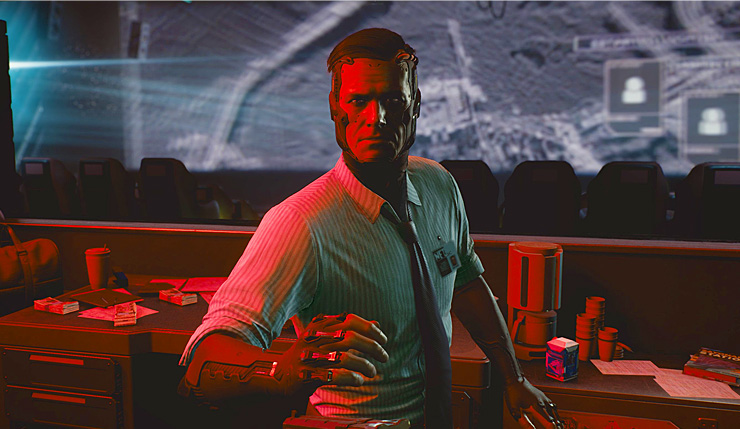 At E3 2019 CD Projekt Red showed off a new, nearly-hour-long chunk of Cyberpunk 2077 gameplay, which Wccftech declared the best technical display of the show. Well, after a second showing at Gamescom, CD Projekt Red is finally revealing some of the new Cyberpunk footage to the public. Sadly, you don’t get to see the whole demo, but rather an edited 15-minute version. On the plus side, you do get to check out the footage in full 4K.

The footage shows main character V making their way through Pacifica, a former tourist area of Night City, which has now become overrun by gangs and crime. You’re working for the Voodoo Boys, a group of skilled Haitian netrunners, who want you to find out of why a gang of jacked-up bodybuilders called the Animals have invaded a local abandoned mall. The footage shows two run-throughs of the scenario, one with a strength build, one with a stealthy netrunner build, culminating in a boss battle against the Animals’ particularly juiced-up leader, Sasquatch. Oh, and after she’s defeated, we also get a quick look at our old friend Johnny Silverhand. But hey, enough of my yapping – check out the footage below!

You can get more details about the full-length version of the Cyberpunk 2077 demo from Wccftech’s Chris Wray, who got to check it out at Gamescom. Following the reveal of the footage, CD Projekt Red also streamed a deep-dive discussion with some of the game’s developers, covering the game’s world, character customization, and more.

Somehow haven’t been keeping up with Cyberpunk 2077? Here’s a quick rundown: