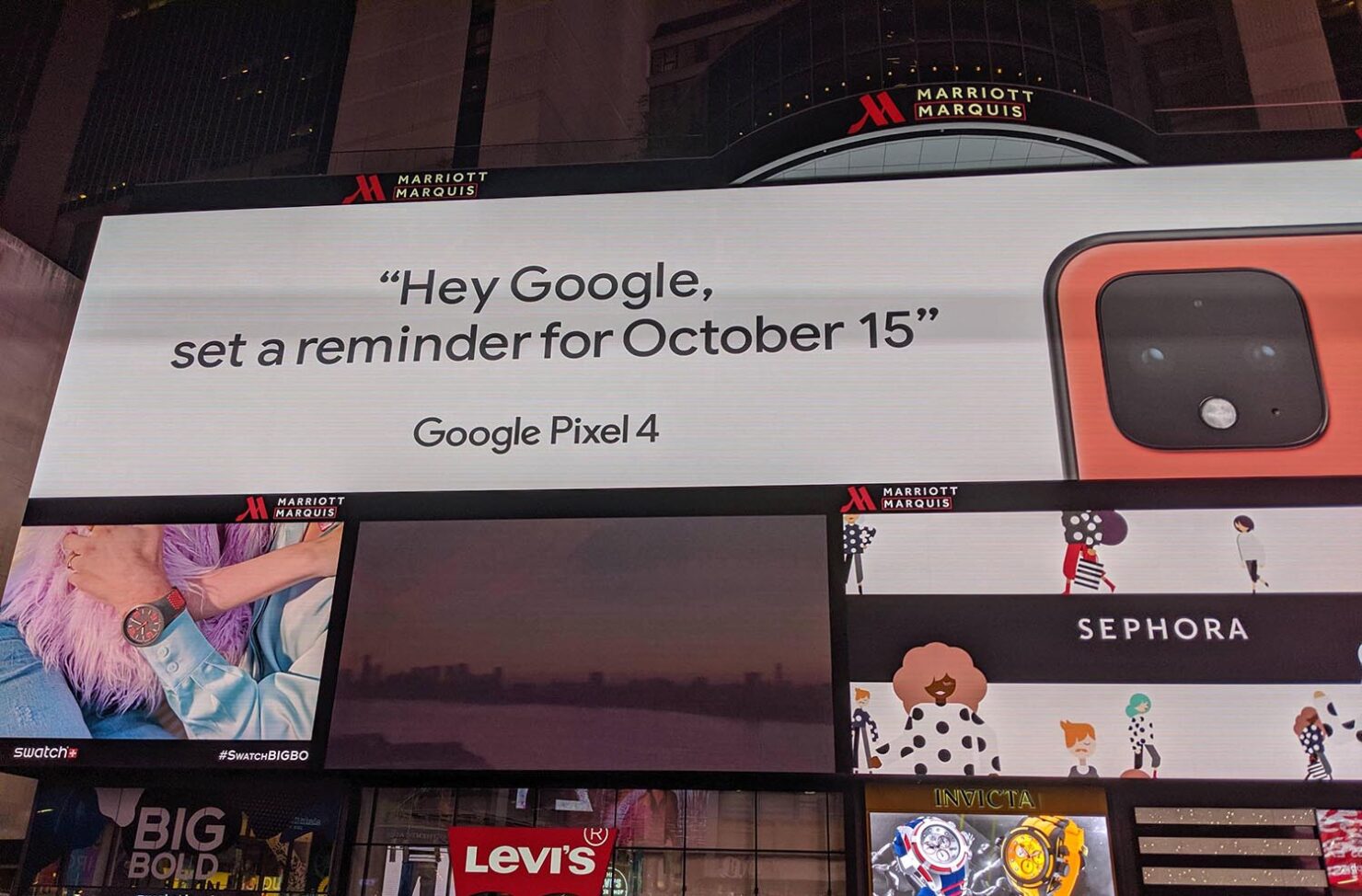 The Pixel 4 and Pixel 4 XL are scheduled for a next month unveiling thanks to Google. Thanks to the technology, we already know some of the features that we will be treated to, including a multi-camera array and the Project Soli sensor. However, it seems like the search engine behemoth is not done with confirming rumors yet, as it has also confirmed the existence of the Coral Pixel 4.

Google has already sent out media invites for the launch of the Pixel 4 series on October 15. Side by side, marketing efforts have also ramped up. While most manufacturers limit the teasers to the silhouette of their devices, the Mountain View company has gone all out by putting up a massive billboard in Times Square, New York which shows he upper rear portion of the Coral Pixel 4.

Previously, the company had revealed the black color option when it confirmed that the Pixel 4 will indeed have a square bump on the back to accommodate the cameras. The Coral Pixel 4 and the Black Pixel 4 will apparently be joined by a White variant when the series is released. Other than that, Google has also confirmed that Pixel 4 will come with a face unlocking system with 3D mapping, similar to the hardware seen on the 2019 iPhone 11 series. 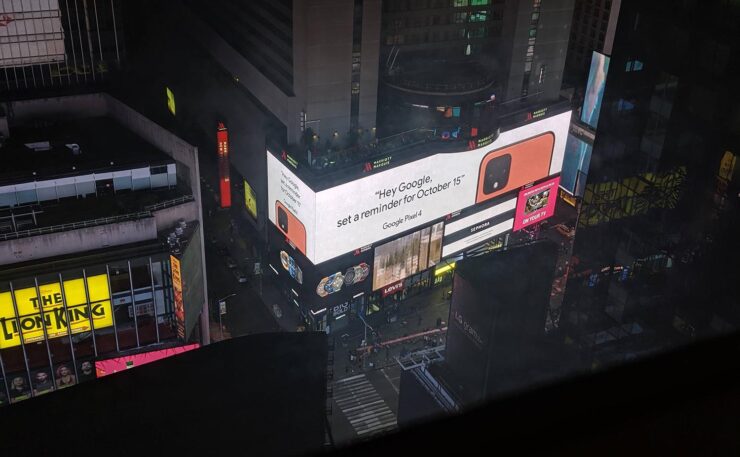 So, what else can we expect from Pixel 4? First off, the bigger of the two, the Pixel 4 XL will apparently sport a 6.3-inch display with a 90Hz refresh rate, while the smaller one will come with a 5.7-inch screen supporting the same refresh rate. The phones will most likely be fueled by the Snapdragon 855 and come with 6GB of RAM and at least 64GB of internal memory. On the back, we can expect to see three sensors if we’re lucky. This would include a 12MP main camera, a 16MP telephoto unit, and a Time-of-Flight depth sensor.

The Pixel 4 XL will reportedly pack a 3700mAh battery, while the Pixel 4 will have a 2800mAh cell. Unfortunately, according to a leaked benchmark, Google might employ the use of slower UFS 2.1 flash memory instead of the much faster UFS 3.0 standard used in many 2019 Android flagships. We’ll obviously confirm this after the official launch of both models, but prepared for the kind of updates during our timely coverage.

It seems like virtually everything that is to be known about the Pixel 4 lineup has either been leaked or confirmed by Google already and it will be interesting to see if the company is still sitting on any secrets. Whatever info we’ve left out will most likely be made public on October 15.