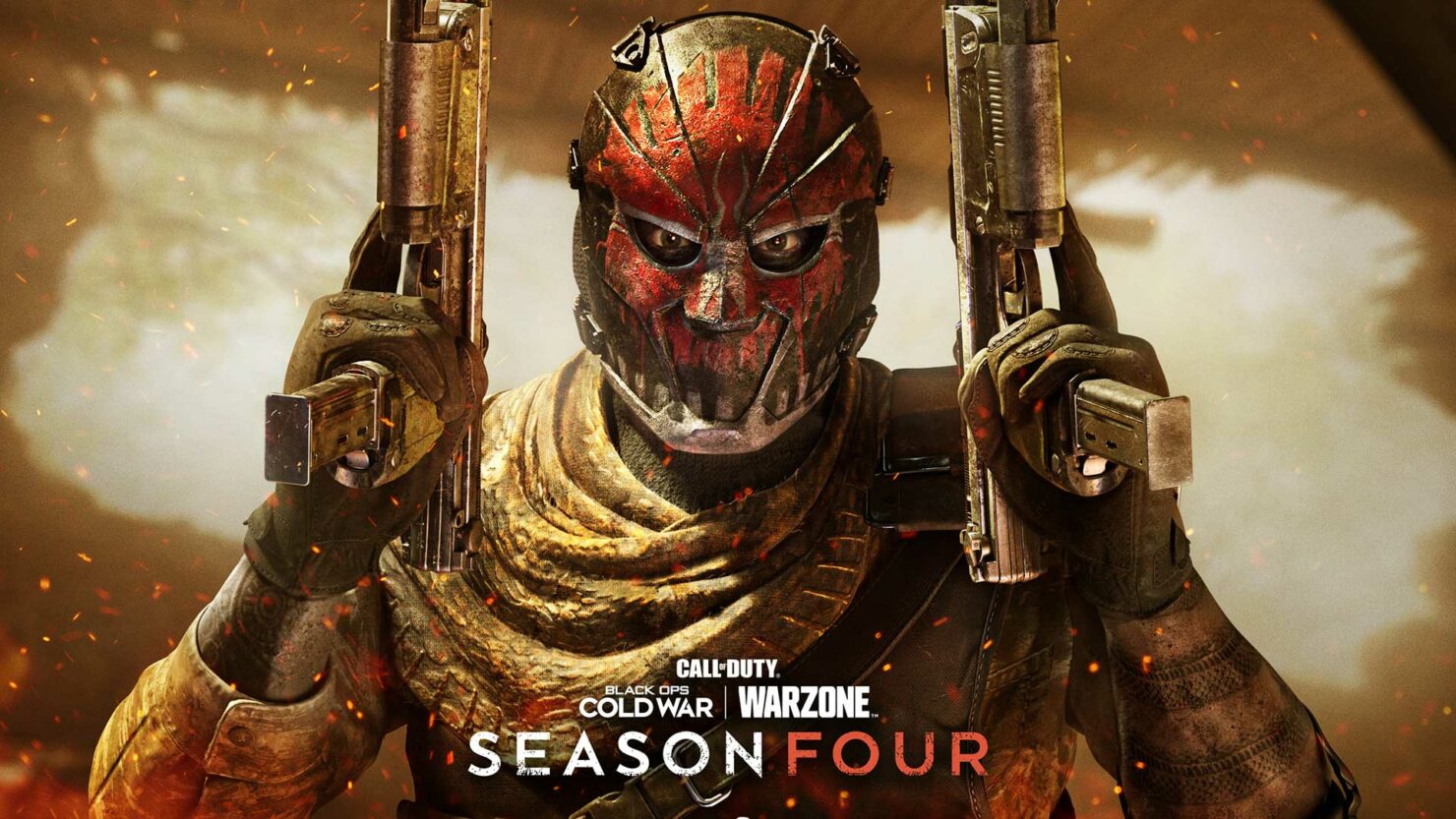 Support for this refresh rate has already been available on Xbox Series X since late last year, but 6 months later, PS5 players can now also play the game at the high refresh rate on supported displays. In addition to adding to support for 120Hz, the Season 4 update for Warzone also packs new weapons, new multiplayer maps, new Points of Interest in Verdansk, new quests, and numerous improvements.

On PlayStation 5 and PlayStation 4, the new update weighs in at 11GB, whereas the Xbox versions of the game clock in slightly larger at 11.2GB. The PC update clocks in 12.3GB (Warzone only) and 13.5GB (Warzone and Modern Warfare).

The full list of changes included with Call of Duty Warzone Season 4 Update 1.38 can be found here.

Ground Fall Event Opens the Season with a Bang

Kicking off Season Four, the “Ground Fall” limited-time event will have you find and secure SAT-Links to score exclusive rewards for your global profile across Black Ops Cold War and Warzone.

For this event, you’ll tackle objectives pertaining to the new modes, maps, and weaponry in Black Ops Cold War and to the new Points of Interest in Warzone. Completing these objectives will reward you with items such as Emblems, Calling Cards, and a Satellite Weapon Charm, as well as some XP. Complete every challenge, and you’ll receive an Epic Secondary Weapon Blueprint that is truly out of this world.

You can find more details about this event in the Seasonal Event tab on the main menu between Play and Weapons once Season Four kicks off in Warzone and Black Ops Cold War.

Three New Operators, Including One from Requiem HQ

Both NATO and the Warsaw Pact are adding reinforcements to their front lines before mid-season. At that point, a familiar friend will join the fray.

Jackal, the metal-masked South African native, made his mark by infiltrating the CIA Ground Station compound on behalf of Perseus. At Season Four’s launch, he’s ready to fight across Black Ops Cold War and Warzone.

A brutal mercenary leader, Jackal has ground his competition into the dirt, recruiting only the strongest survivors into his company. Hated and feared, he works for the highest bidder, and Perseus has very deep pockets...

Get access to Jackal for use in Black Ops Cold War and Warzone at Tier 0 in the Season Four Battle Pass and unlock an additional Ultra-Rarity Jackal Operator Skin at Tier 100.

What exactly is an Ultra-Rarity Operator Skin? Stay tuned for the Battle Pass and Bundles Breakdown blog on June 15 to learn more.

Call of Duty Warzone is available globally now across PC and consoles.