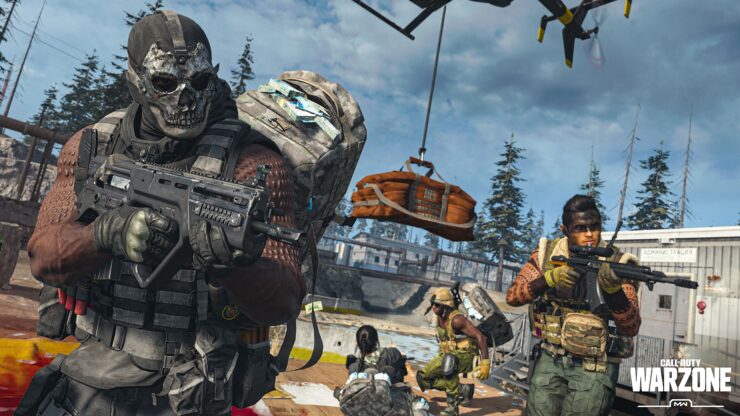 Call of Duty Warzone has surpassed 30 million players in just 10 days after its release, Activision has announced.

The free-to-play standalone Call of Duty Battle Royale launched earlier this month on March 10, and as reported earlier, the shooter managed to attract over 6 million players in its first 24 hours, thereby greatly surpassing day-1 players numbers of both Fortnite and Apex Legends. As announced by Activision, more than 15 million players played Warzone in just three days after its launch.

Fast forward another week and Warzone has now harvested over 30 million players only 10 days after its global launch.

Over 30 million of you have dropped in to play #Warzone. Thank you to this amazing community .

Industry analyst Daniel Ahmad made an interesting list of players numbers, showing numbers for Warzone, Apex Legends and Fortnite. Apex Legends hit over 25 million players within its first week, while it took Fortnite over 11 week to gather over 30 million players.

Of course, it’s all about sustained player numbers over a longer period and Warzone is likely benefitting from COVID-19 measures preventing people to go out and work or socialize.

Call of Duty Warzone is available globally now for PC, PlayStation 4 and Xbox One.

“Warzone is more than a new era for Call of Duty, it’s a game-changer for players and fans. We’re delivering two incredible modes of play within this massive world that take the experience to a new level,” said Byron Beede, Executive Vice President and General Manager, Call of Duty, Activision upon Warzone's launch. “The teams at Infinity Ward and Raven Software have created an amazing, free-to-play experience that’s accessible to all to jump in right away and have a blast. There’s a ton of content plans and live events to come that will continue to keep fans guessing and ready to experience new thrills.”

In Warzone’s Battle Royale mode, drop into the massive Verdansk world with 150 players in teams of three to loot and fight to be the last squad standing in a colossal firefight. In this redefined Battle Royale, players of all skill levels and playstyles will find new ways to play and be rewarded in the survival game mode.

“Warzone is a giant sandbox for combat and adventure on a massive scale, featuring signature Call of Duty gameplay with new and fun different ways to play and win,” said Patrick Kelly, Co-Studio Head and Creative Director, Infinity Ward. “We’re proud of the Modern Warfare universe we’ve created and the massive world of Warzone that offers a seamless experience that’s free-for-everyone to download and play with friends. Today is just the beginning, we can’t wait to start this journey with fans.”