Since TaiG and other group of hackers have jailbreaked the the current iOS version, users have the ability to customize their devices to their needs. Developers now and then release and update existing tweaks so users can enhance visual appearance of the iOS and add more functionality to their device with little know tweaks and packages available on Cydia. 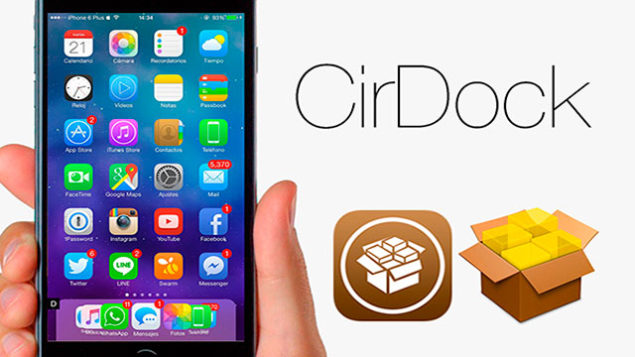 Similarly, the dock on iOS is a landmark for the operating system but has remained quite same for a long while. CirDock is a jailbreak tweak which is designed to bestow the dock with a lustrous look and feel that provides a new way to interact with applications. The novelty feature is the animation that sets it apart from the stock iOS dock. Lets get down to a bit more details.

CirDock has numerous animation styles that users can choose according to their preferences. Some of the animations include the Cylinder, Cover Flow, Wheel and others that are available within the tweak. Moreover, the tweak also removes a four app limitation on the dock. This means users can now add as many apps as they want which they can interact with using the animation they choose.

More extending functionality includes the addition of three types of docks that have badge, default and favorite items. The default dock will display the stock apps and the favorite dock would carry apps favorite-d by the user. The badge dock display that carry pending notifications to be looked upon. This is an essential tweak for all jailbreakers out there. 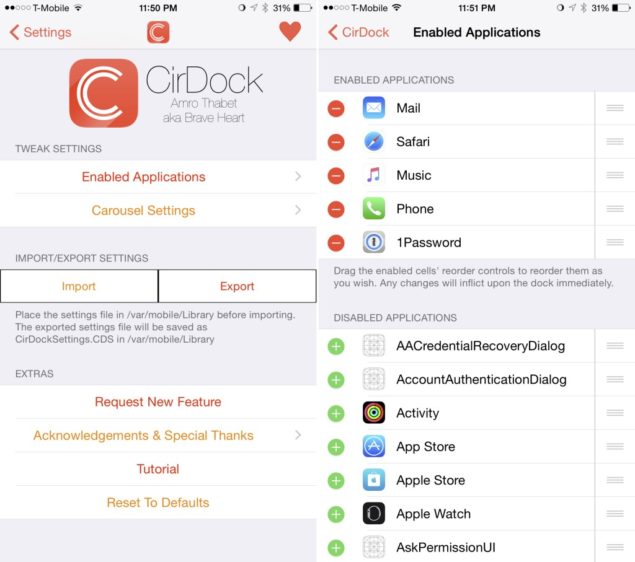 You can switch from dock to dock by tap and hold on the dock currently displayed on the screen. The easy import and export of configuration settings allow users to carry on their setup at a different type. This is a pretty neat feature available on CirDock which uses should definitely give a swirl.

The configuration of this tweak is what we're all familiar with - through preferences pane in the Settings. Users can add their favorite applications on the dock and choose their own dock style with a specific animation right from the Settings. You will find more options on the tweak in the settings that includes removing icon labels and badges on apps. You also have the availability add indicators on apps that run in the background.

More options to the CirDock tweak are on their way according to the developer which would host veiling and unveiling the dock automatically, swipe gestures for the dock and more. The CirDock tweak is available to jailbreakers for $1.50 which you can download from Cydia;s BigBoss Repository. Do try this amazing tweak and let us know how far does your experience go.