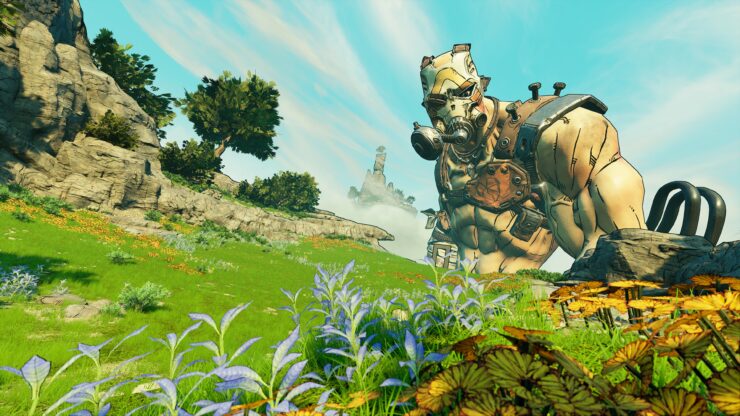 The fourth Borderlands 3 DLC has been announced today by Gearbox and 2K. Titled 'Psycho Krieg and the Fantastic Fustercluck', it's set to launch on September 10th and will be included with the Borderlands 3 Season Pass.

You can check out the reveal trailer below, though later today at 1 PM Pacific Time there'll be an in-depth 'Bordercast' on Twitch with Game Director Maxime Babin to learn more about this upcoming Borderlands 3 DLC.

Psycho Krieg and the Fantastic Fustercluck dares to ask: what makes the bloodthirsty psychos of Borderlands so uniformly deranged? Brilliant scientist Patricia Tannis believes they’ve been driven insane by the knowledge of a mythical place she calls “Vaulthalla,” and the key to uncovering this legendary location lies within the mind of Krieg, the most badass psycho of them all. So naturally, Tannis is sending you on a mission into Krieg’s chaotic mind in search of clues. Only by surviving the perils of Kreig’s twisted inner world can you reap the rewards of Vaulthalla. Help both sides of Krieg's dual psyche process his traumatic memories by blasting his inner demons to bits, and try not to succumb to lunacy inside Krieg's fractured mindscapes as you:

Even if you're not interested in getting this fourth Borderlands 3 DLC, a free update released on September 10th will increase the level cap for everyone to 65 (up from 60). And until September 10th, Borderlands 3 will enjoy its Anniversary Celebration with dedicated weekly mini-events.