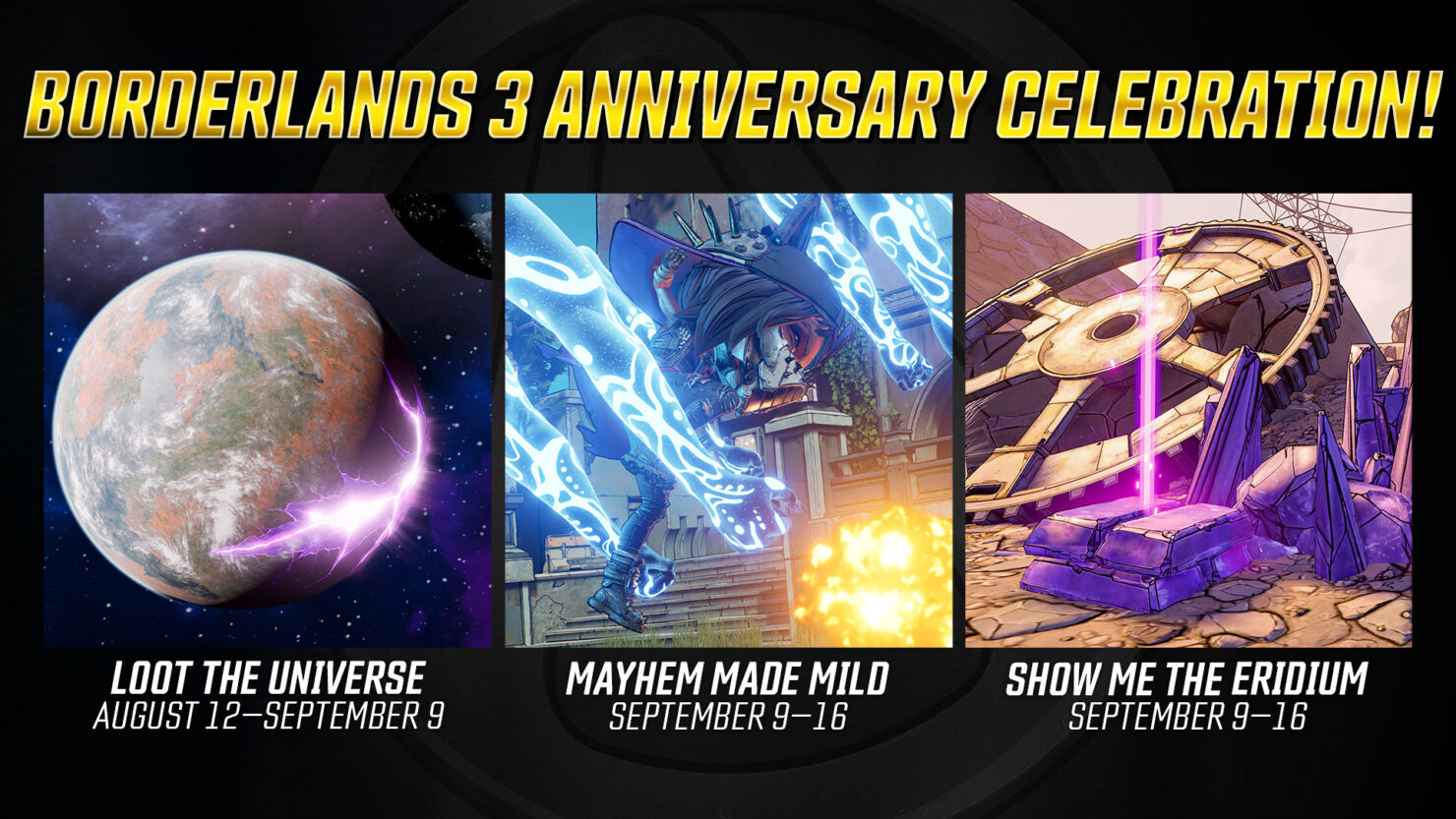 Gearbox and 2K announced a lengthy series of celebrations coming to Borderlands 3 for its second anniversary. In fact, loot the Universe has already begun, rewarding players with lots of Legendary loot.

Each week during Loot the Universe, a different Borderlands 3 planet will become a bastion of better drops, with specific types of Legendary loot having increased chances of dropping in one of that planet's zones. You'll get to keep all the bonus Legendary loot you find during these mini-events, and it'll be up to the community to discover what kind of Legendary loot drops where, so mark your calendars:

The fun doesn't stop after your galactic tour! Starting September 9 at 9:00 AM PT, two more mini-events commence in tandem (and conclude one week later): Mayhem Made Mild, where you'll only encounter Easy modifiers in Mayhem Mode; and Show Me the Eridium, which grants increased Eridium drops and Eridium item discounts. We have even more planned for the big day on September 13, but we don't want to spoil the surprise just yet. Expect to see more details closer to Borderlands 3’s second birthday.

Borderlands 3 was rated 7.5 out of 10 by Nate when it came out in September 2019. However, the developers have since released plenty of updates (including a next-generation patch) and six expansions. Additionally, players have been able to group up on PC (both Steam and Epic Games Store), Mac, Xbox One, Xbox Series S|X, and Google Stadia since late June. Only PlayStation users were left out, which Gearbox CEO Randy Pitchford explained with the following statement:

for certification, we have been required by the publisher to remove crossplay support for PlayStation consoles.