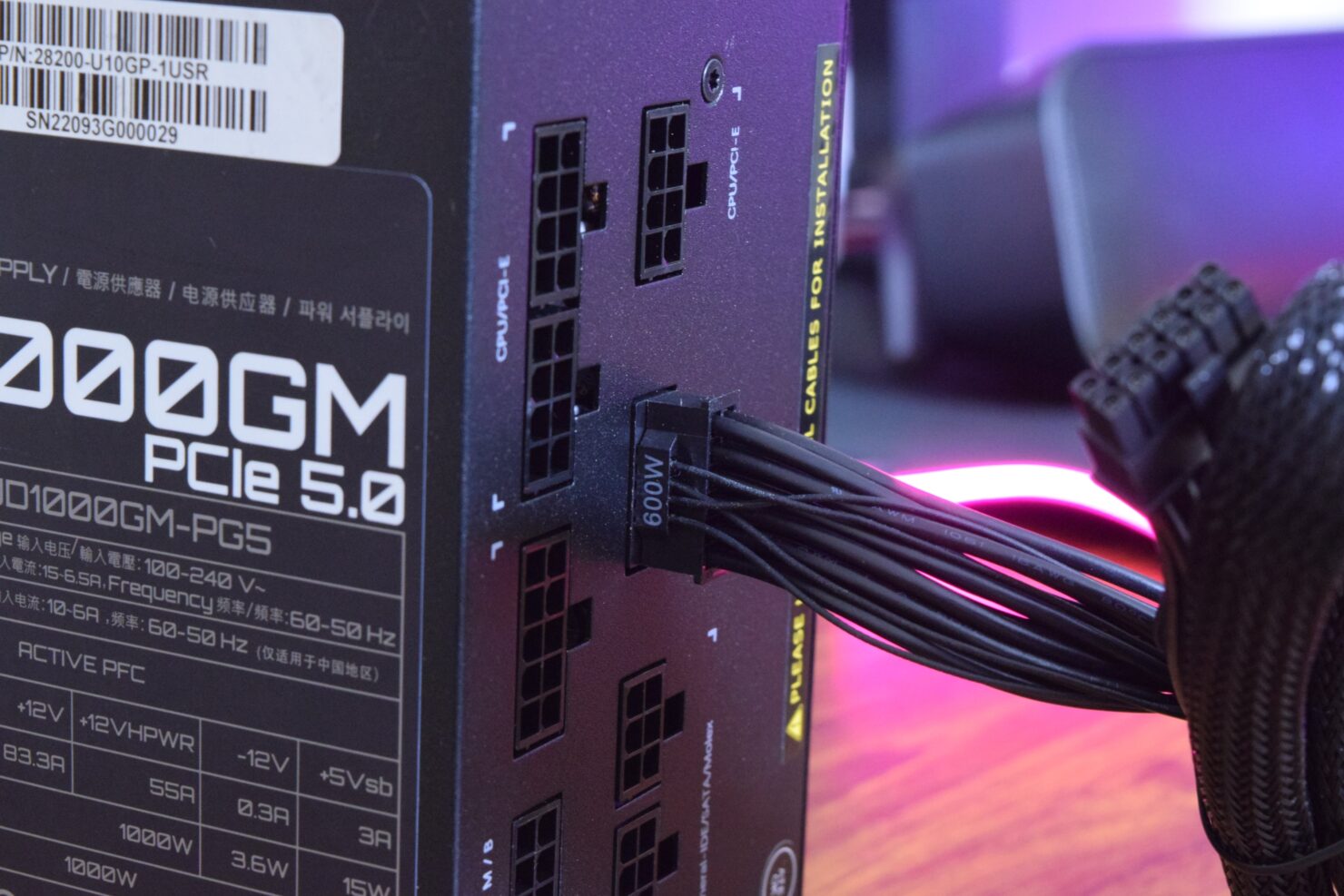 Recently, PCWorld did an interview with Intel's Platform Power Specialist, Stephen Eastman, to talk about the brand new ATX 3.0 Power Supply standard. The new ATX 3.0 standard brings a lot to the table such as the latest PCIe Gen 5 12VHPWR connectors which will power the future generation of graphics cards and other PCIe devices.

Upcoming PCIe Gen 5.0 Graphics Cards Can Reach 'Power Excursions' of Up To 1800W But ATX 3.0 Power Supplies Are Here To Keep Your Gaming PC Running Smoothly

One of the main things that ATX 3.0 power supplies will be addressing is 'Power Excrusions' or Power Spikes as they are simply put. As per the PCI-SIG, a graphics card has the capability of exceeding its maximum sustained power by 3 times. This is particularly true for the brand new standards and for cards such as the NVIDIA GeForce RTX 3090 Ti which has a TGP rating of 450 Watts, this could mean that the card can have spikes of up to 1350 Watts. There are reports that the upcoming generation of GPUs will require up to 600W of power and that would indicate up to 1800W spikes. 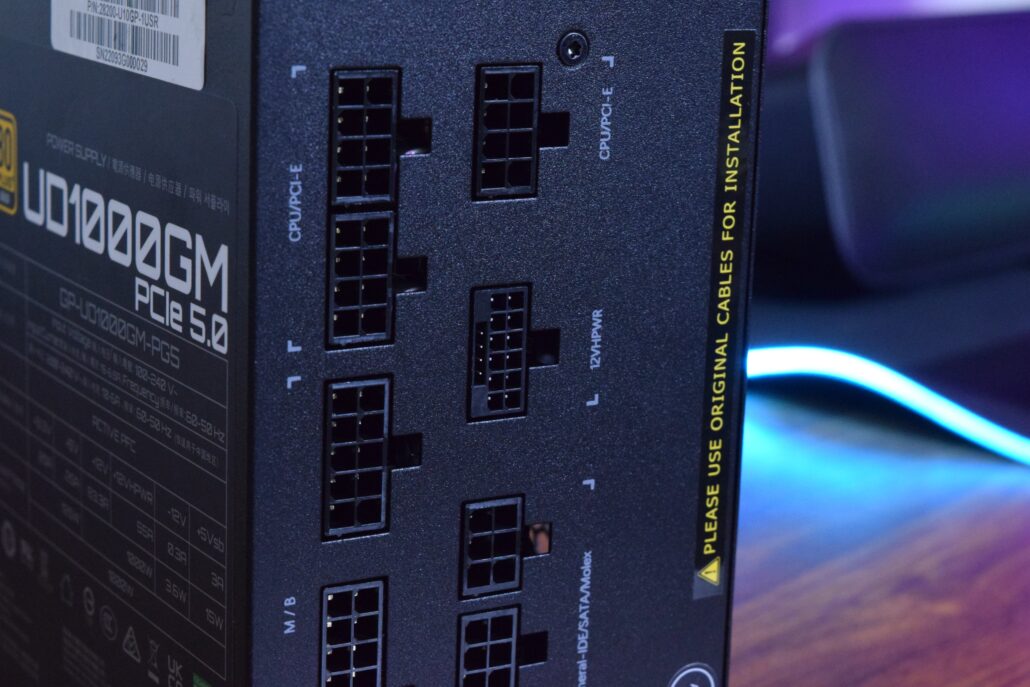 These power spikes generally only last 100 microseconds at most but can lead to disruption and PC crashes. To avoid this from happening, Power Supplies have to be manufactured with enough extra capacitors to prevent the system from sagging power.

With the new PCIe 5.0 connector and ATX 3.0, Intel and the PCI SIG address what both euphemistically call “power excursions.” You might recognize it by the less sugar coated term “power spike.” The PCI SIG has basically outlined the capability of a GPU to exceed the maximum sustained power of the card by 3x. That means a 600 watt card on a PCIe 5.0 12VHPWR connector is allowed to spike to 1,800 watts for 100 micro-seconds.

To help smooth out those extremely short power excursions, a power supply has to be designed with enough extra capacitors to prevent the system from sagging power and possibly crashing the PC. By Intel’s estimates, a 300 watt GPU on a properly designed ATX 3.0 could be supported with a 750 watt power supply with 300 watts for the CPU and another 150 watts for the rest of the hardware in the box.

If you were to try to adapt an existing ATX 2.X power supply to run that same 300-watt GPU, you could potentially need a power supply at 1,100 watts to support the GPU, CPU and account for the power excursions, Intel believes. This will likely depend on that older PSU design as well as how often that GPU will make those high power excursions.

In an interesting comparison, it is said that a 750W Power Supply based on the ATX 3.0 standard will provide the same output as an older ATX 2. X standard. This is only for a 300W GPU and as you go up, you'd definitely require a beefier PSU but still, even for a GPU requiring 600W, you'd potentially require a 600W ATX 3.0 PSU but if you were to adapt the same unit to the ATX 2. X standard, you will require a higher wattage PSU that's at least 1600W or higher to steer clear from the power excursions.

Many will balk at retiring their power supply and wonder why excursions matter so much. Aren’t “power excursions” just GPU makers breaking the rules and exceeding power consumption, after all? We’d agree with that outlook, but to limit those extremely short excursions would mean also limiting GPU performance. It’s also clear we’ve been right at the very limit of power supply capabilities for some time.

Anecdotal reports of the GeForce RTX 3080 and 3080 Ti crashing systems due to transient voltage spikes have been popping up for some time. While the vast majority of gamers were fine, it would appear certain power supplies or system configurations just couldn’t handle the same power excursions. Even worse, add-in board makers would know they were exceeding power for microscopic amounts of time but they really had no idea what the varying designs of power supplies could handle.

Now these power spikes can be considered as GPU makers breaking the power limits of their own cards but transient voltage spikes have been seen as an issue on high-end cards for quite some time now, reports PCWorld. The ATX 3.0 standard will provide an incentive to graphics card AIBs to formalize excursions so that they can once again have boundaries to follow when working on their latest graphics card design.

The goldilocks zone seems to be the 1000-1200W range for the next-gen high-end graphics cards so if you're planning to build a new gaming PC with either an RTX 4090 or an RX 7900 XT, you better make sure to get a PSU within the respective wattage range on the ATX 3.0 standard. Currently, several PSU makers such as MSI, ASUS, Gigabyte, FSP Group & Cooler Master have announced their PCIe Gen 5 & ATX 3.0 compliant designs.