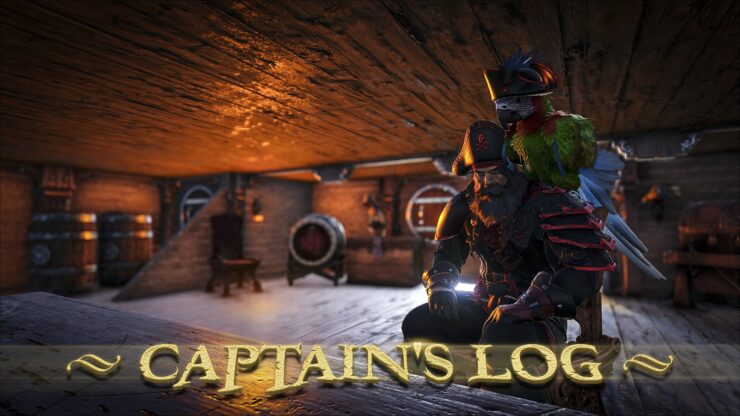 ATLAS, the pirate-themed sandbox MMO game developed by former Studio Wildcard developers, launched on Steam Early Access just a few days ahead of Christmas after about a week of delays.

Unfortunately, the words 'rough launch' do not begin to describe the plethora of issues that plagued and still plague the game. Even though it remains the best selling Steam Early Access game to this day, the average of user reviews is shockingly low as only 28% of them are positive.

Grapeshot Games published a letter to the community earlier today, addressing the 'stormy' launch and vowing to continuously improve the game until it reaches its potential.

You could say that we were off to a stormy start! The initial influx of players wanting to set sail immediately was (predictably in hindsight) larger than we anticipated and our systems got crushed until we tuned the new technical systems to handle it. We have been incredibly humbled and excited by the number of seafaring Pathfinders wanting to dive into the ATLAS. Since the launch, the team has heavily prioritised connection and capacity resolutions, server and client-side performance updates, server and client-side crash fixes as well as tackling general gameplay bugs and balance concerns.

We’re going to continue to iterate at a very rapid rate, you can generally expect daily deployments and updates to both servers and clients, and sometimes even multiple if we feel like a change is significant enough to warrant it. We truly appreciate everyone’s patience and support during this launch period and we intend to show our gratitude through frequent updates that resolve the issues which matter to you and improve ATLAS in both the near-term and over the long term.

ATLAS is a very ambitious project and we recognize that there is much work to be done as it begins its Early Access journey, but as we said before, we’re hardened adventurers and we’re looking forward to the fun and challenges that we’ll experience alongside you!

We want to make it very clear to you that these rapid updates and the continuous upwards progression will continue with ATLAS. We have deployed a new server version to our Official Network (v7.104) which has resolved many server crashes and is already showing significant improvement in server stability; however, there is still more to come! Our number one priority at the moment is tackling the stability, connection, and data issues, and we will make significant progress over the coming days ahead.

Hello all, apologies for the challenging launch here! Between the intensity of preparing for the release of a massively multiplayer title, and the needs to get all of the new infrastructure prepared to roll-out, we let the schedule and initial launch builds get away from us. Hunkered down in our development bunker 24/7 subsisting on Red Bulls and stale pizza, it’s easy to lose sight of the big picture, which ought to start and end with communication to the players. Despite it all, I’m so happy that so many of you see the potential in what ATLAS is, and are enjoying the immense scale of sandbox freedom that can readily be had in the game. As we churn through issues and continue to build out the game in the days, weeks, and months ahead, I’m looking forward to seeing what’s just over the horizon for the game and its growing community. As a great poet of the sea once wrote: “All I ask is a tall ship and a star to steer her by.”

On a side note: the ATLAS Dev Kit & Steam Workshop! We haven’t forgotten about it, and the hooks for it are all ready to build the large-scale wargame of your dreams. We need Epic’s help to release it in early January, and tentatively intend for it to release by January 7, if not sooner. We will post further news as we get it ready to ship out then. In the meantime, you can experiment if you have server administrator rights with the following commands to mess around with some Dev Kit example vehicles:

Have fun, just be sure you have enough runway to take off in that plane, else you might find yourself in the drink!

Interestingly, game server hosting company GPORTAL published a letter of apologies to its customers who rented ATLAS servers. They explained that the game is in a much earlier state of development than they were led to believe.

We are very sorry to all of our customers who are having massive problems with their ATLAS servers. ATLAS is in a much earlier state of development than we at GPORTAL anticipated (led to believe) and were unable to foresee the issues it would cause.

The founders, as well as the entire GPORTAL team, give our sincerest apologies.

Let me sum up the last few days: as we all noticed, the ATLAS release was postponed several times until the 23rd of December. The server files weren’t available from the start, but after a lot of talks, we finally received them, directly from the developer a few hours later.

ATLAS doesn't work like a typical game; this isn't like our normal services, where the servers are ready upon immediate purchase and startup. ATLAS has many special needs like decentralized databases and fully automated management of JSON files. There is NO standard map and the large clusters of the MMO Officials aren't usable for private servers (and believe me, there are tons more issues).

Since December 23rd, our whole team has been working continuously on our ATLAS servers. GPORTAL is now 30 people spread all over the world. Whether in our EU office, our US office, Asia, or South America, we all fight to offer you a stable product. The support team, our system administrators, and our developers all work together and do their best in endless shifts.

We will - of course - credit your lost time to your accounts and reset the timer. Whether it will be 3, 5, or 7 days credit, we can’t estimate at this time!

We’re very sorry for the way it’s going, but we do our very best with this piece of experimental software to improve everything as quickly as possible during the Christmas holidays. Thank you to the many customers who understand, cheer us up, and think of our families who aren't able to celebrate Christmas with us.

Grapeshot Games previously said that their plan is to keep the game in Early Access mode for two years. A full release could happen in 2021, then.