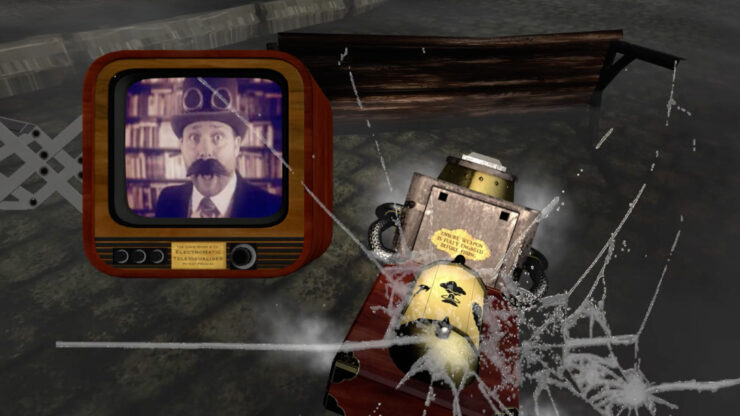 Showstorm and GamestormVR announced that their VR shooter, SteamHammerVR, will be hitting Steam Early Access on January 6th.

SteamHammerVR was originally scheduled for release earlier this month, but it's now making its way to Early Access. According to their Steam page, here's why they decided to go the Early Access route.

SteamHammerVR is well tested and polished however we believe that unless a game is absolutely 100% complete then it should be marketed as such.

SteamHammerVR - The Rogue Apprentice - London 1892 is a waved-based VR game set in a steampunk-era world. You need to stop the evil Professor Rattwurm as he tries to enslave England with his army of clockwork robots.

Thankfully, you've got a steam-powered exo-suit that packs quite a punch. When you're not hitting robots with your fists, you'll have access to other powerful weapons like The Steam Cannon or The Rail Run which can be fully upgraded along with the rest of your arsenal.

Here are some of the features that are planned to appear once SteamHammerVR leaves Early Access:

People are a little critical of wave shooters right now and said they didn't just want to stand and fight, so we have added a really clever teleport system that changes the strategy of gameplay.

SteamHammerVR is coming to Early Access on January 6th, 2017 for the HTC Vive. You can even try a demo right now just in case you can't wait until then.