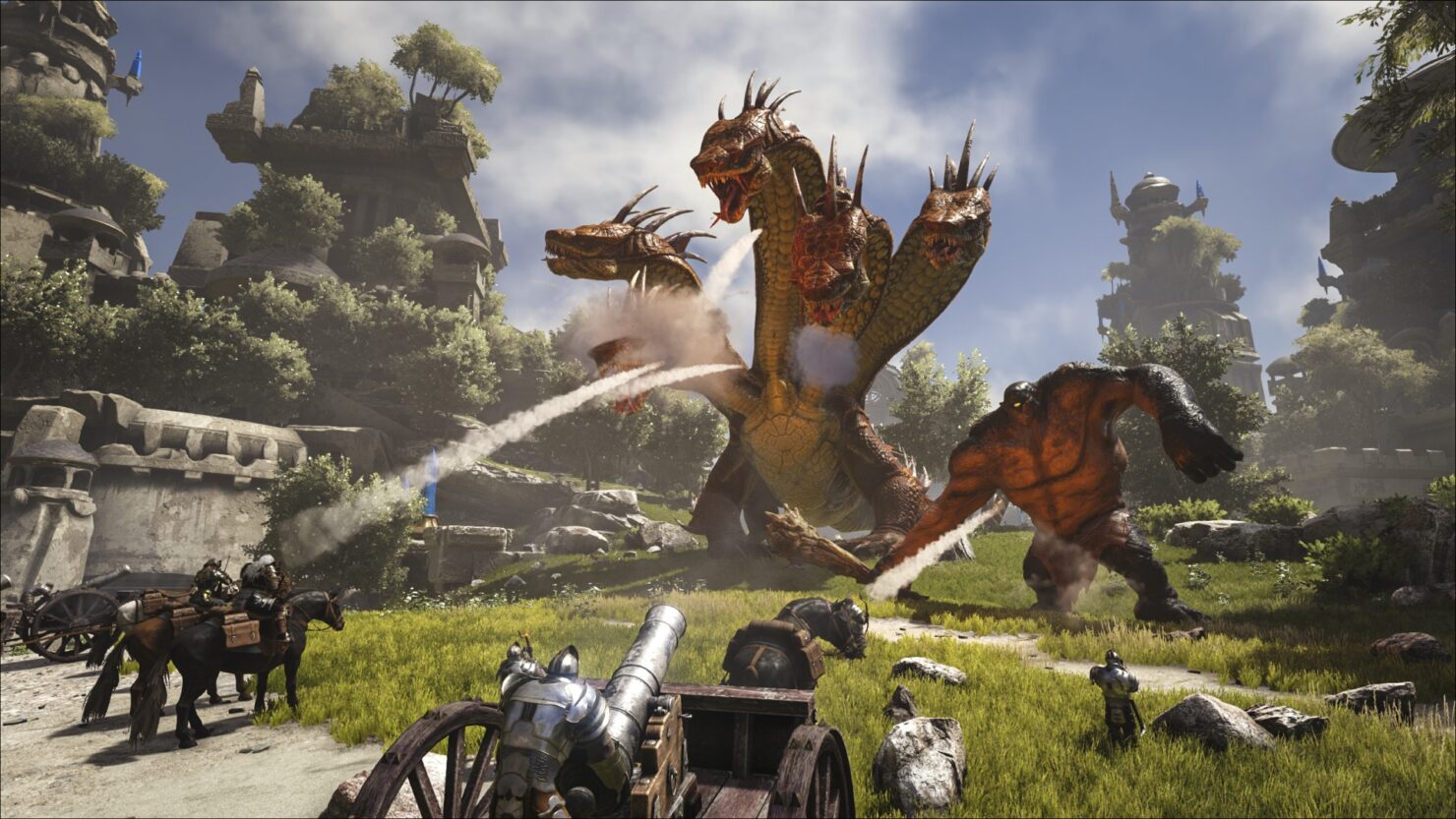 Last week saw the announcement of ATLAS, a 'fantasy adventure MMO game' in development at Grapeshot Games, a sister studio of Studio Wildcard (the makers of ARK: Survival Evolved).

The game was meant to launch on Steam Early Access today, but it has been slightly delayed to December 19th as Grapeshot Games put the finishing touches on the release build.

Perhaps the biggest draw of ATLAS is the developer's claim that each server (of which there will be PvE and PvP variants for Europe and North America) will hold up to 40K concurrent players, with a game world that's been measured to be 1,200 times that of ARK.

Interviewed in an article appeared on the latest PC Gamer magazine (January 2019, issue 326), studio co-founder and technical director Jeremy Stieglitz explained a bit of the technology that allows this kind of trickery.

We have better streaming methods. There’s not as much being pushed onto the client at one time. Partially the nature of the world splits it up better and then also the newer code we’re using runs faster and we’ve learned some of the dials we can adjust on lower-end systems.

Stieglitz then went on to make bold claims, stating that eventually ATLAS could have anything players want.

He's probably referring to the ability to mod the game on unofficial servers, tweaking it to be anything players would like, as mentioned on the Steam page.

Want to build a World War II Spitfire? Or a Flying Fortress bomber with fully walkable interior and gun stations, carrying troops loaded with machine guns and rocket launchers? How about a Tank? An Aircraft Carrier to play out the Battle of Midway on an expansive scale? How about an Arcadian Steampunk Airship floating through a cloud-world? These examples and much more are provided with the ATLAS Dev Kit, where you can make effectively create whatever large-scale MMO action game you want to see happen, all supported by the database-driven network technology that powers ATLAS. Unofficial ATLAS' can be of any size and configuration, while a visual map tool lets server hosts layout their own complete custom world of islands, continents, terrain features, spawns, resources, hazards, underwater zones, dynamic weather, biome configurations, ecology, and an infinite number of other configurable features -- all dynamically streamed to the client during gameplay. The possibilities are endless!

Lofty promises, for sure, but ATLAS surely looks like something fans of MMO games may want to keep an eye on. Stay tuned on Wccftech for more about the game.