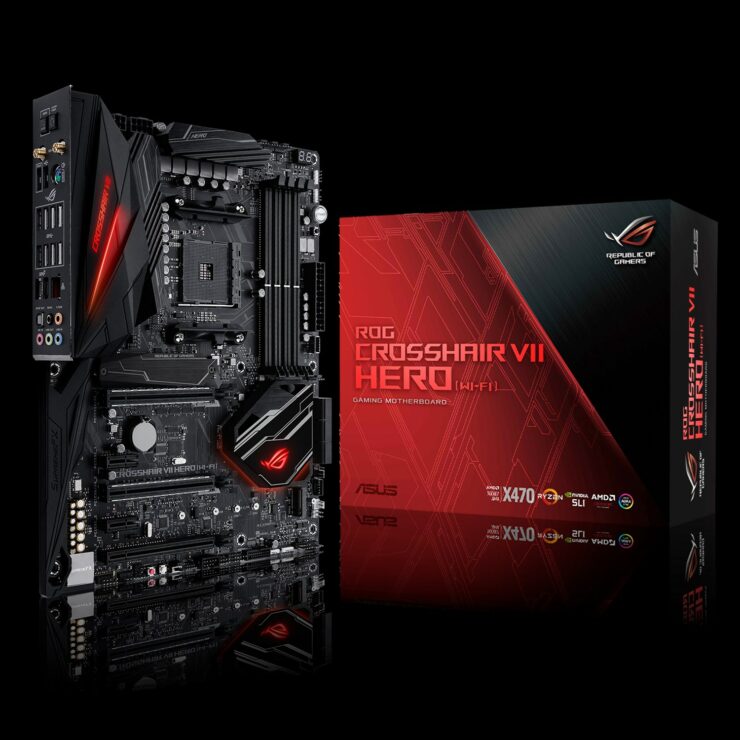 A few months back, AMD released a statement saying that they will support their Ryzen 5000 CPUs on older 400-series motherboards (X470 & B450). While X570 is getting the first round of support, it seems like some board partners would still be focusing more towards their 500-series lineup than 400-series as hinted by ASUS.

Update: In a reply to Computerbase, ASUS has stated that they do plan on offering support for its X470 & B450 lineup. However, the specific model was not confirmed if it would be supported or not. It's still very shady of ASUS's marketing team to suggest users to upgrade to 500-series boards and telling them that there won't be support for 400-series motherboards.

The story comes from AMD's subreddit where a user contacted ASUS to ask for the support of AMD Ryzen 5000 CPUs on his motherboard. The motherboard in question is the ASUS ROG Crosshair VII HERO which is based on the X470 chipset. In their reply, ASUS says that according to its engineers, they have no plans for the Crosshair VII HERO to support the Ryzen 9 5900X CPU. The company rep even goes off to advise the user to purchase an X570 or B550 chipset-based motherboard that will support the Ryzen 5000 series CPUs.

"I am writing this email to provide you an update about your ongoing case. According to our engineers, We have no plans for the Crosshair VII Hero to support the Ryzen 5900X, please purchase Crosshair VIII Hero and any Ass (ASUS*) B550 motherboard that will support Ryzen 5900X and 5000 series processors." via Reddit

For one, there's no reason why the 400-series chipset motherboards or even the ROG Crosshair VII HERO from ASUS shouldn't support AMD's Ryzen 5000 CPUs. AMD has already provided its board partners with the necessary code to enable support so unless ASUS wants to push their 500-series first, excluding ROG Crosshair VII HERO (X470) from the support list doesn't make any sense at all.

The other reason could be that ASUS is simply trying to suggest no support at the launch of the CPUs which is officially confirmed by AMD. In its support slide, AMD has stated that 500-series motherboards will be ready for Ryzen 5000 CPUs at launch while 400-series motherboards will be receiving first beta releases in January which is at least two months after the Ryzen 5000 launch.

We remain hopeful that ASUS opens up support for its high-end ROG X470 motherboards but the decision is theirs to make and not AMD. AMD has done its job by providing the code to partners so its mostly an AIB decision whether they want their full X470 to support Ryzen 5000 CPUs or just a few select variants. We will keep you update regarding the support plans for 400-series boards of various AMD partners.