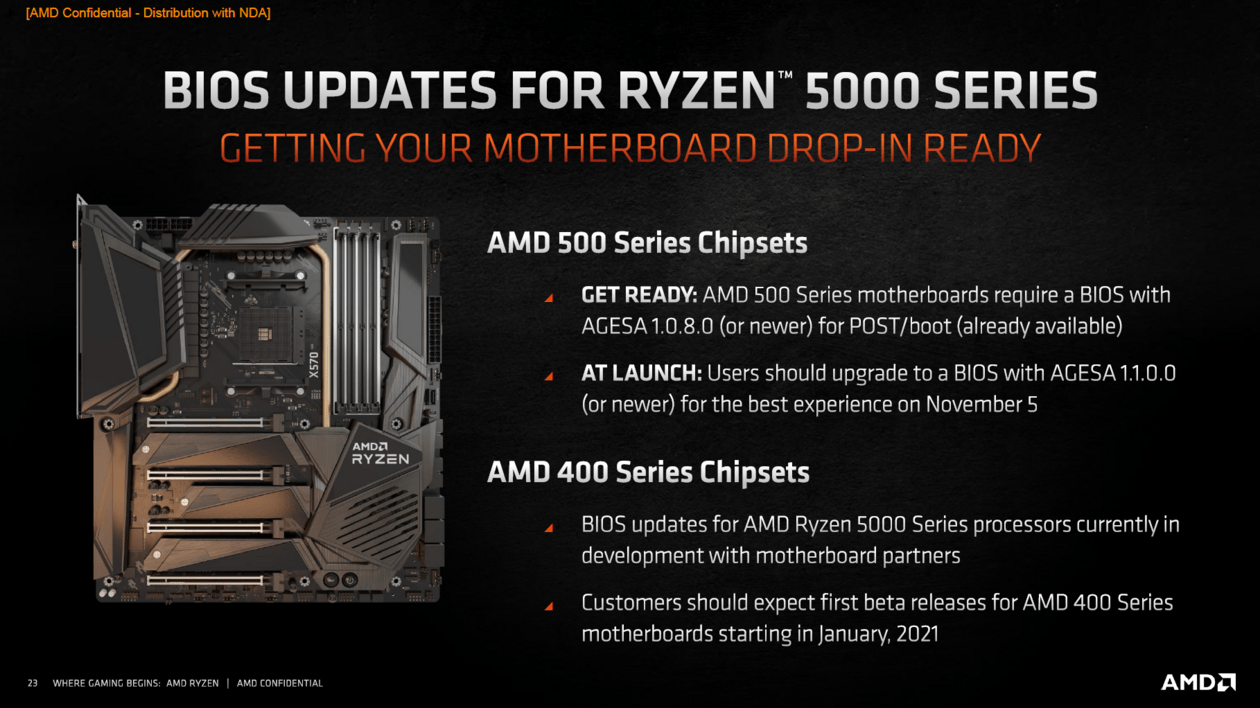 AMD recently announced Ryzen 5000 series processors based on the Zen 3 architecture and motherboard manufacturers have already started rolling out BIOS updates on older 500 series motherboards as promised. ComputerBase compiled a list of the updates for all the various motherboards (always double-check everything before updating BIOS, we assume no responsibility for any loss or damage).

The AMD Ryzen 5000 series features a 19% PC improvement and up to 16 cores. The flagship can boost up to 4.9 GHz and the company is claiming the fastest gaming processor crown that Intel was hoarding up till now. Interestingly, even 400 series chipsets will be getting the update to move to Zen 3 but this will not happen till January 2021 - likely in an effort to convince customers to move to newer chipsets first. Without any further ado, here are the bios links:

Featuring a remarkable 19% IPC increase over the prior generation in PC workloads, the “Zen 3” architecture pushes gaming and content creation performance leadership to a new level. “Zen 3” architecture reduces latency from accelerated core and cache communication and doubles the directly accessible L3 cache per core while delivering up to 2.8X more performance-per-watt versus the competition.

Average of 26% faster in 1080p gaming across select titles generationally