While its mostly the iPhone and the iPad lineup which takes the spotlight in Apple's gadget lineup, the company also jumped the wearables ship a while back. As we saw the race for the latest smartwatch intensify last year, Cupertino was quick to announce its take on the whole thing; in the form of the Apple Watch. The Apple Watch came in three variants, with the high end Apple Watch Edition coming with a starting price of $10,000. 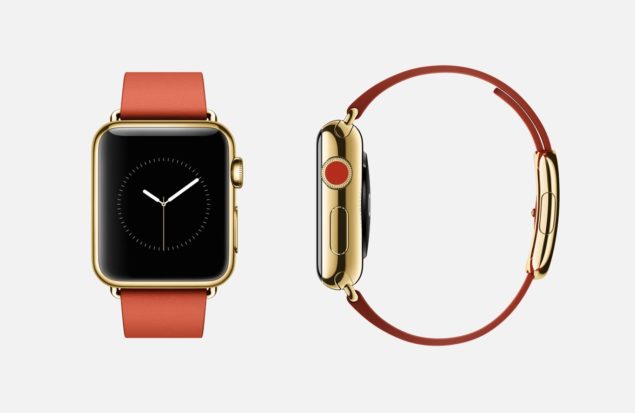 At the time of its launch, the Apple Watch came with a focus on mobile payments and healthcare; two features that Cupertino announced with the iPhone 6 and iOS 8. With the Apple Watch, the need to use your iPhone for daily tasks such as email, notes, texting decreased as the device was to be tethered to the smartphone 24/7. The Apple Watch also came with its native health and workout apps, which further extended the iPhone's functionality.

Regardless, there was still very little the device could do without being connected to the iPhone, with pairing required for internet access. Prior to Apple's latest announcement, the Apple Watch could only connect to networks remembered and accessed through the iPhone, but looks like Apple's finally ready to cut the cord today. The company has announced that it will only accept native apps for watchOS 2 starting June.

While that should come as good news for a lot of current users, there's still very little information on when Apple decides to update the Apple Watch lineup. Given that Cupertino's finally made the jump in the wearable pool, it's highly unlikely that we won't get an upgrade, particularly after these latest developer guidelines. But if you take a look at the entire matter closely, Apple's managed to get itself stuck in quite rut with the smartwatch, especially when it comes to users of the Apple Watch Edition.

The device comes with an ending price of $17,000, so most folks who have purchased the device would be concerned if Apple updated the lineup every year. But if it doesn't, the Apple Watch will most likely fade into oblivion, just like the iPad Mini and the iPod Touch. We're interested to see how the company chooses to pay attention to the Apple Watch lineup and by making native apps compulsory, the company does seem to be heading in the right direction. Thoughts? Let us know what you think in the comments section below and stay tuned for the latest.