According to a recently published iOS distribution chart from Apple showing the adoption rate of Cupertino's mobile OS, iOS 8 currently has an install base of 87%. 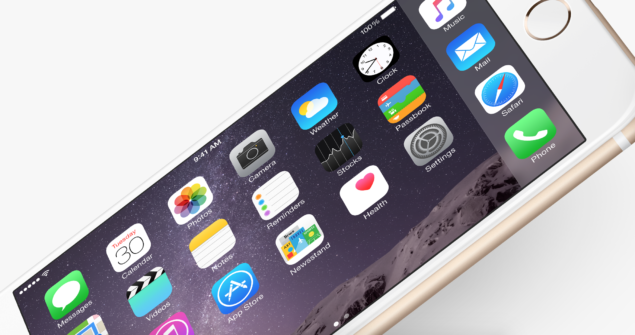 Apart from that 87% install base, 12% of users are still running iOS 7 while the remaining 2% are running a version of iOS which is even older than the aforementioned two. It's rather strange though, given the fact that in July 2014, iOS 7 had an install base of 90% and the reason for that was quite an obvious one, as it was the first time Apple broke away from its old design language and embraced a flatter look, something which appealed to the masses instantly.

The slow adoption of iOS 8 can also be handed to the fact that the OS requires a lot of space on a device to upgrade, and with majority of the users currently sitting on top of 16GB iPhones, iPads and iPod touches, no wonder people are holding themselves back from upgrading right away.

With iOS 9 however, Apple hopes to change all of that, as Cupertino's latest and great mobile operating system for iPhone, iPad and iPod touch has a smaller installation footprint, allowing users to upgrade easily. To bring things into perspective, iOS 8 requires the user to have at least 4.58GB of free space on their device in order to update, whereas iOS 9 requires only 1.3GB.

Interestingly though, Android Lollipop, which was released in November of last year, is currently installed on 18% of devices. Compared to iOS, Google's mobile OS is absolutely crippled when it comes to pushing out updates on a timely basis. 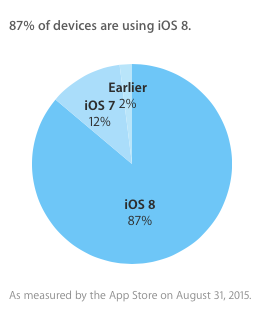 iOS 9 is all set to be released later this month to the general public, and we're certain that the Cupertino company will seed the Golden Master candidate to developers right after its big event on the 9th of September, which happens to be a Wednesday next week. The Golden Master candidate is the final build which will be seeded to end users a week later, and it's quite possible that Apple would seed a second GM build as well, if last minute show stopping bugs are found.

Like most of its events, Apple will be live streaming the entire event, the details for which can be found right here: How To Live Stream September 9th iPhone 6s Event On iOS, Apple TV, Mac, PC. Interestingly enough, Apple will be streaming the event for PC users as well, or more specifically, those who have Windows 10 installed on their machines.

We will keep our readers updated regarding more iOS news as it unfolds. Till then, mark your calendars for the 9th of September as it's the big day Apple will reveal its plans for the future.