Apple surprised the world for some wrong reasons perhaps with its launch of the Apple Watch this Sunday. The device came with three variants and there wasn't that much surprising news when it came to features and specifications, with the device's target being health and iPhone connectivity as expected. What caught us, and undoubtedly most of you off guard as well was the pricing for the Apple Watch Edition, with the starting price of the gadget being put at $10,000. 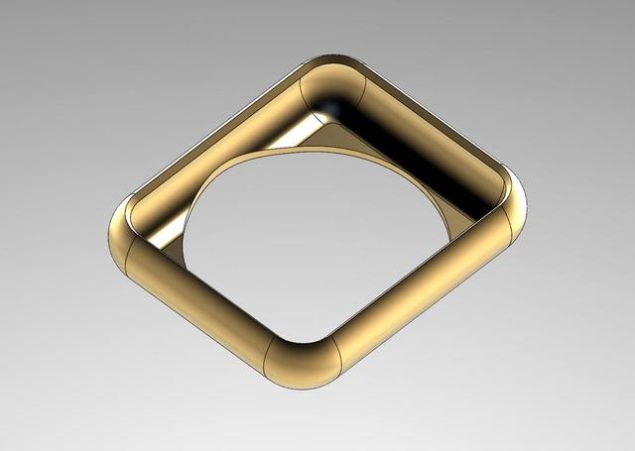 We all know that if Apple chose to use pure gold alloy in the manufacturing of the Apple Watch Edition then this would most likely result in the device being bent out of shape as soon as you wear it for extended time periods. Not only would this render the device useless, but it'll also end up leaving you $10,000 lighter for no reason at all (If you do happen to have that much to spend on a gadget. In that case, all our best wishes stand with you)

But what's more interesting here, and also makes today's news is the composition of the gold alloy that the company uses on the Apple Watch Edition. According to metallurgical expert, Dr. DeLong, 18K gold alloy has a composition of 75% gold and 25% other materials to introduce strength to the material. This is where Apple's material magic comes into place. While the 75% composition of the Apple Watch Edition is indeed gold, its the other 25% that'll help Cupertino reduce gold consumption, and subsequently costs for its device.

According to Dr. DeLong, the 25% 'other' component of the Gold alloy contains of a low density ceramic, as compared to other metals such as copper, bronze or iron. While this does end up lending the Apple Watch Edition its required strength, since Apple's unique alloy is in matrix structure, it also results in occupying more space on a molecular level, thus sparing Cupertino costs when it comes to large scale production. Impressed? Disappointed? Let us know what you think in the comments section. In any case, seems like Apple won't be using one third of the world's gold supply, which should be a sigh of relief (maybe).