The iPhone 7 To Do Away With Protruding Camera Sensor; Sleek Design Details Revealed

Even though it wont be until September when we get to see the next iPhone launches from Apple, things are looking to pick pace w.r.t leaks and rumors about the device(s). Right now, there are a couple of hot topics when it comes to the iPhone 7 and the iPhone 7 Plus which include a dual camera setup for the larger screened variant and dust/waterproofing finally making it on board Apple's flagship. Today some more design details of the iPhone 7 in particular have surfaced, so lets take a look at what can be expected to change from Apple's end this year. 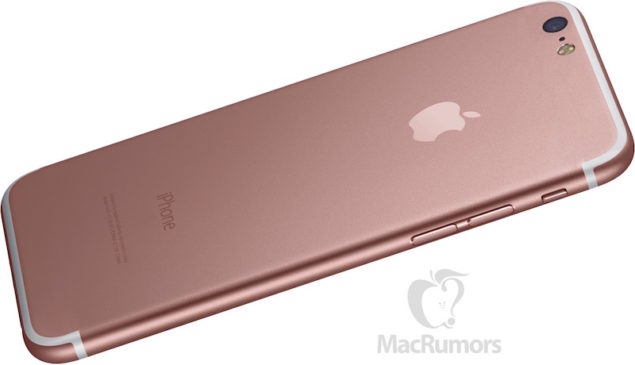 When it comes to smartphone design, manufacturers have started to find themselves in tough spots lately. As the industry and market trend moves towards more simplicity, there are very little details that can be further altered on existing designs. What's more is that all of this is taking place in a world of increased customer knowledge and diverse preferences, so perhaps 2016 can be said to be the year of performance specifications, rather than design for flagship smartphones.

With the iPhone 6s and the iPhone 6s Plus Apple was spared the need to make any design upgrades, given that the device's were a refinement of the current iPhone generation. But if you're big on major design upgrades, you might be in for some disappointing bit of news today according to the latest information. As you can see in the image above, MacRumors' sources  claim that Apple, like Samsung, will also be taking a more subtle approach with its 2016 flagship smartphone launches.

Two changes which should be expected on the iPhone 7 in particular from Apple this year are relocated antenna bands for the device and a smoother camera sensor. Both of these should make subtle yet important impact on the iPhone's design and should make things flow rather nicely when it comes to overall aesthetics on the device's rear.

The relocated antenna bands should allow for a much more smoother back, especially for those that don't use cases. The flatter camera sensor should also lend a much more futuristic look to the device; which is something the iPhone 6 and the iPhone 6 Plus came under fire for doing away with. In addition, it should be a nice feature for all Apple fans who haven't been able to sit still since Cupertino chose a protruding camera sensor in 2014.

A flatter camera sensor is something which has also surfaced in relation to the Samsung Galaxy S7 earlier today so manufacturers do seem to be taking the right direction. Whether these changes materialize is another matter and as far as Samsung's flagship goes, things should be clear in little less than 3 weeks. For the iPhone, you've got a long wait ahead of you. Till then, stay tuned and let us know what you think in the comments section below. We'll keep you updated in the meanwhile.