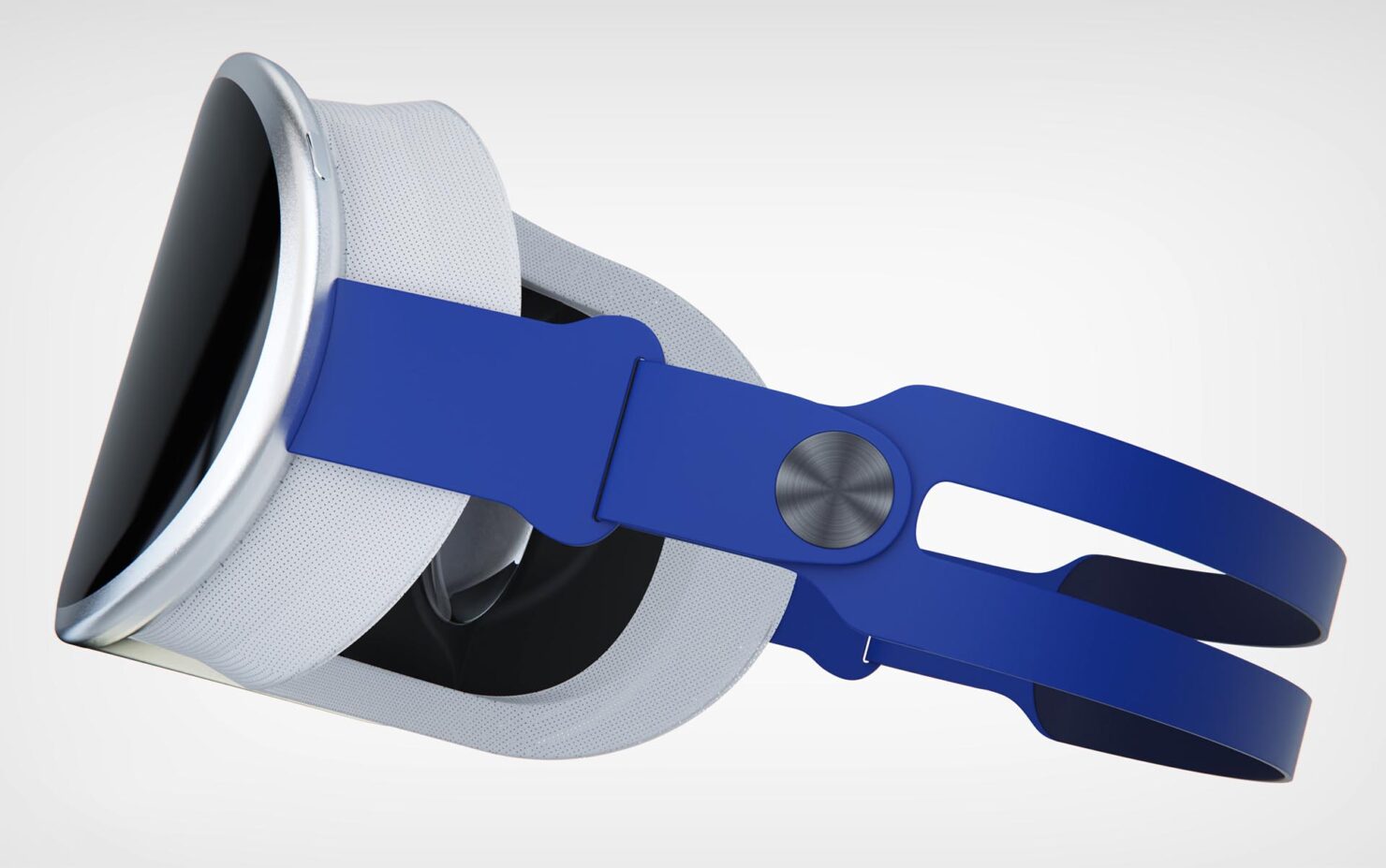 With Apple’s AR headset having reportedly completed production tests, it is likely that the device is slated for a launch later this year. Previous leaks and rumors have described how the headset would look like, and with these new renders, you are provided with a closer visualization as to what customers are in store for later in this year.

The renders are based on internal images of an AR headset prototype developed by Apple and provided by LetsGoDigital and talented content creator Jermaine Smit, who is also known by his YouTube channel Concept Creator. You can clearly see that the device sporting a massive visor, but the magic happens on the inside. According to notable analyst Ming-Chi Kuo, the headset will have a total of 15 cameras for tracking and collecting biometric data.

Behind the visor, you can see that there is ample foam, and is likely there so wearers do not experience fatigue during long periods of use. The blue-colored strap also appears to be adjustable. According to a previous report, the AR headset may not weigh more than 150 grams, allowing you to wear the device for hours. The mixed-reality headset may support up to an 8K resolution for the most immersive experience ever, and it will not be short of processing power. 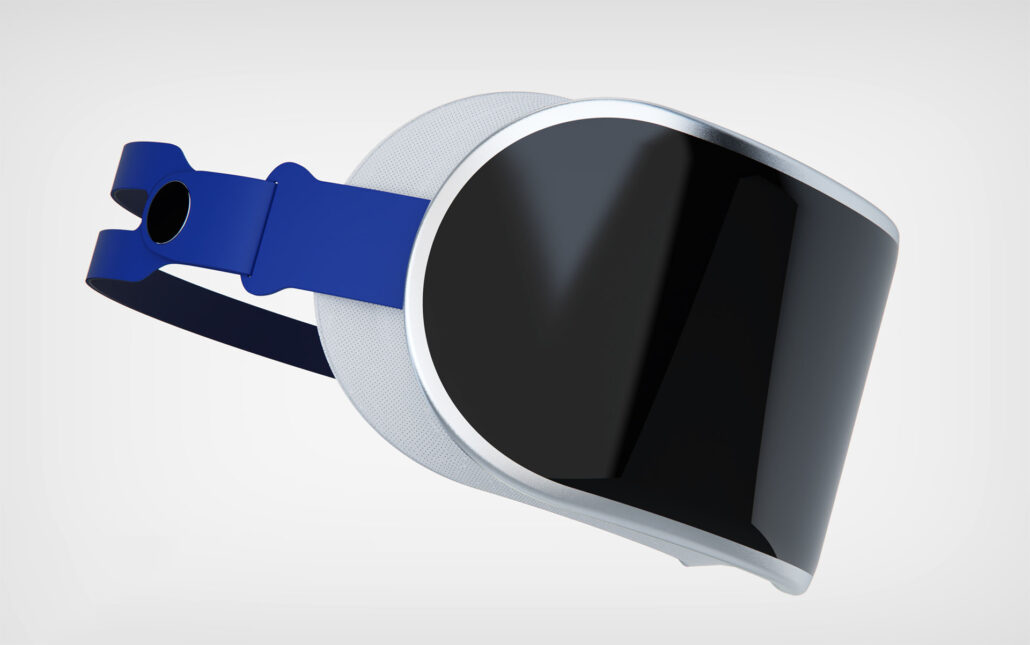 Despite the AR headset being rumored to be a lightweight device, it is said to come with two chipsets; a 4nm one and a 5nm one. The performance of the high-end chipset might be equivalent to the Apple’s M1, while the secondary SoC will be responsible for tackling sensor-related computations. There are also rumors that the headset may be able to run on battery power, and it can support the same 96W power adapter as the 14-inch 2021 MacBook Pro.

It might also sport an in-built battery and active cooling solution, but we will have to see what Apple actually announces to see if these reports held any value. Unfortunately, the California-based giant is having trouble with problems surrounding overheating and software, so even if the AR headset was announced this year, it might not be available for customers until 2023.

Some of you may also be put off with its price tag as the AR headset may cost $3,000 per unit, though a different report claims it will be relatively affordable at $1,000. We will see if Apple goes through with a launch in late 2022. Until then, let us know what you thought of these renders, and be sure to check out the clip below.