As we have just bid farewell to the first quarter of the year with some lovely April fool tricks, it's time to focus on the serious things happening in the industry. AnTuTu has released its top 10 best performing devices in the first quarter of 2015 and quite unsurprisingly Samsung Galaxy S6 and the S6 edge are the ones at the very top. But that's not the entire story... 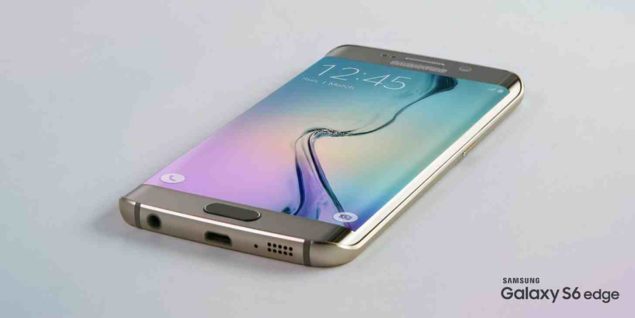 Released on Tuesday and using AnTuTu 5.6.1 and 5.6.2 covering over 160 countries, the report lists the top 10 performance smartphones of Q1 2015. The latest Samsung Galaxy S6 duo bags the top two positions with over 60,000 in the scoreboards. Samsung used its own 64 bit octa-core Exynos 7420 processing chips in the latest smartphones. Samsung Galaxy S6 is also proving to be quite durable as it's been surviving some brutal drop tests. While not officially water resistant, the devices have managed to stay dipped in the water for 20 minutes without any kind of harm. Superb display, good camera (we'll have to await the launch before giving a verdict in this department), top of the line processors, and the waterproof and durability add-ons help the devices snatch the top spots. AnTuTu, however, does not care about these things and is a purely performance based test scorer.

Here are the scores of AnTuTu top 10 Q1 2015 performance smartphones based on their CPU performance with SGS6 taking the lead followed by S6 edge and HTC One M9.

HTC One M9 runs Qualcomm's 64 bit, octa-core Snapdragon 810 which has had its fair share of popularity thanks to overheating issues before the shipping started later last month.

Coming to the graphics units, AnTuTu top 10 Q1 2015 smartphones tops Samsung's Exynos 7420 used by Galaxy S6 and the S6 edge. Similar to CPU list, this one is also tagging HTC One M9 after the Galaxy duo in terms of GPU performance along with LG G Flex 2. Third position is taken by Qualcomm 805 (used in Galaxy Note 4, Nexus 6, and Droid Turbo), fourth by Qualcomm 801 (for One Plus and Galaxy S5), and finally Mediatek MTK MT6595 used on the Meizu MX4.

Folks at AnTuTu have also prepared another chart giving us the pie view of the top performance chips and their aggregated scores with Qualcomm 805 taking up 50% of the share.

This is an interesting chart giving us a different perspective as we might feel like Samsung is winning the game with its two devices featuring its own chips taking the lead positions in this performance test. However, looking at the aggregated scores with over 70% of shares by Qualcomm's 801, 805, and 810, it is apparent that Qualcomm is the winner here even after it lost the deal with Sammy.