With Samsung Galaxy S6 Edge grabbing most of the attention, Samsung seems a little worried about its Galaxy S6 smartphone. Last year, Samsung Galaxy S5 turned out to be a major disappointment for users pushing the Korean tech manufacturer to rethink its flagship smartphone. Samsung has apparently done that by going back to the drawing board and giving us two beautiful devices for 2015. So what exactly makes the Samsung Galaxy S6 apart from last year's disappointing Galaxy S5? Here's what! 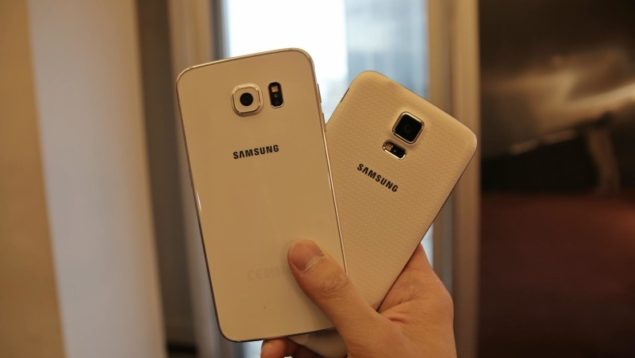 Launching worldwide on April 10 and currently on pre-orders, Samsung Galaxy S6 isn't having an easy life like its predecessors. Having quite a bunch of bad reviews on its name, Galaxy S5 paved the way for this rather bumpy start of Galaxy S6. Samsung understands this and hence is trying to convince why and how Samsung Galaxy S6 is different. Sammy has designed a neat Galaxy S6 vs Galaxy S5 infographic showing you every difference in a single image.

However, while you may get improved specs, don't expect to see something very different in terms of the design. When you first look at the latest Galaxy S6, you will notice the typical Samsung oval shape design of the Galaxy S lineup with only small differences here and there. However, Samsung has finally done away with the plastics and the device comes in an aluminum unibody frame with Gorilla Glass 4 covering it from the front and the back giving it an extreme durability and the premium looks.

Here is the Galaxy S6 vs Galaxy S5 infographic for you to get the major differences in a few seconds: 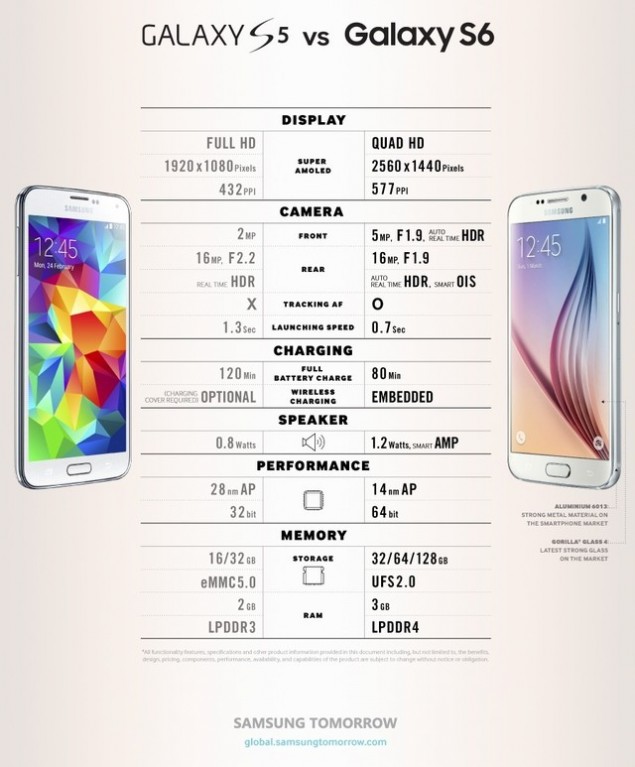 Make The Galaxy S21 Fingerprint Reader Faster [How To]