Qualcomm had a pretty bad start of the year with Snapdragon 810 facing overheating issues. While we saw some earlier rumors coming from the insider sources about these problems, things got pretty out of control after a test model of HTC One M9 powered by 810 chipset reached to abnormal 132 degrees Farenheit. Although HTC has managed to solve the problem by sending a software update, consumers don't really seem satisfied. Not only consumers, but manufacturers also seem a little uncertain about Qualcomm's chips. Which brings us to Qualcomm's next Snapdragon 815 processing chip that the company, as we earlier reported, is claiming to be cooler than the Snapdragon 810 and 801. 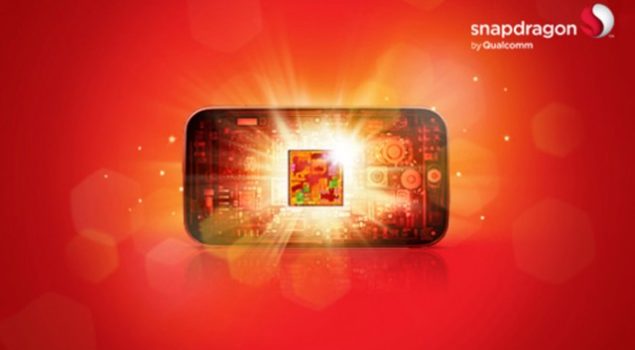 Qualcomm Snapdragon 815 is going to be the savior chip for Qualcomm which justifies the company putting a lot of buzzword and no actual details, building up the curiosity around it. Latest Snapdragon 815 leaked details reveal that the upcoming Qualcomm chip will feature four Cortex A72 cores and another four Cortex A53 cores using the favorite big.LITTLE technique.

This architecture of eight cores will enable the A72 for heavy tasks keeping the Cortex A53 cores for lighter jobs. According to tipster, Qualcomm is employing the next-gen Adreno GPU (450?) in the chipset build using the FinFet process. This report's sources also claim that Qualcomm "may tweak the cores to boost performance."

Earlier details of the chip had indicated that 815 SoC would include LDDR4 RAM and MDM9X55 LTE-A Cat.10 modem. As far as the delays in the launch of Snapdragon 815 are concerned, the source claims,

Qualcomm is delaying the launch of Snapdragon 815 mainly because the company doesn’t want to hurt the sales of the 810 powered smartphones in the market such as the HTC One M9 and the LG G Flex 2.

Snapdragon 810 is used by many current / upcoming smartphones including HTC One M9, LG G Flex 2, LG G4, Sony Xperia Z4, and others.