HTC One M9 is expected to be available for consumers tomorrow, March 16, in Taiwan. While it'd still be a few weeks for the next flagship smartphone from HTC to reach international markets, HTC is trying its best this year to grab the attention of users worldwide. In its latest attempt, Taiwanese company has released a group of promotional videos that actually showcase and focuses on some focal points of the flagship. You may find these videos a little over-the-top, but well, HTC is getting there. 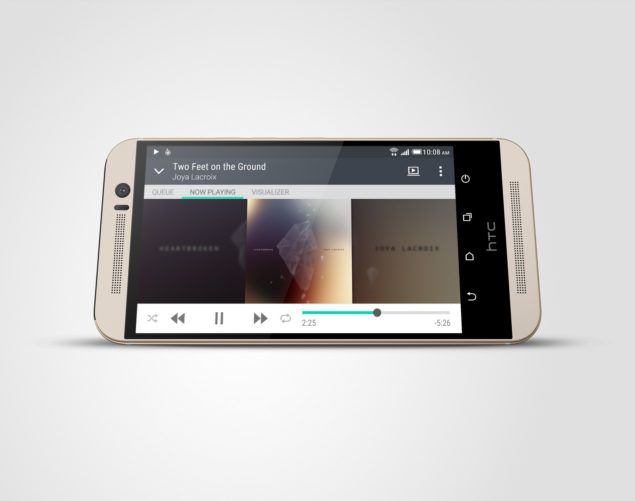 HTC has released some five promotional videos focusing on different aspects of the device to get you into the love of this luxurious metallicious design of M9. They might or might not work, but at least they do show off some pretty darn good HTC One M9 specs.

In this latest group of promo material, the first video focuses on the overall look of the phone including its two-tone metallic design, widgets, themes and more. HTC Home widget is interesting as it lets you quickly decide which screen to show you depending on your needs - home, business, and the sort. The second promo video focuses on the much loved HTC One M9 specs and that is the 20-megapixel camera on the back with a super 4-megapixel Ultrapixel shooter on the front. The latter is actually the camera we saw on the HTC One M7 and the M8; it has been fitted as the front camera considering the latest selfie craze in consumers and an increasing demand for better front facing snappers.

HTC One M9 specs promo videos also focus on BoomSound (HTC never forgets to focus on this!), customization options, HTC Connect (lets you wirelessly control speakers in your home with your phone) and some more camera software features including the Photo Editor.