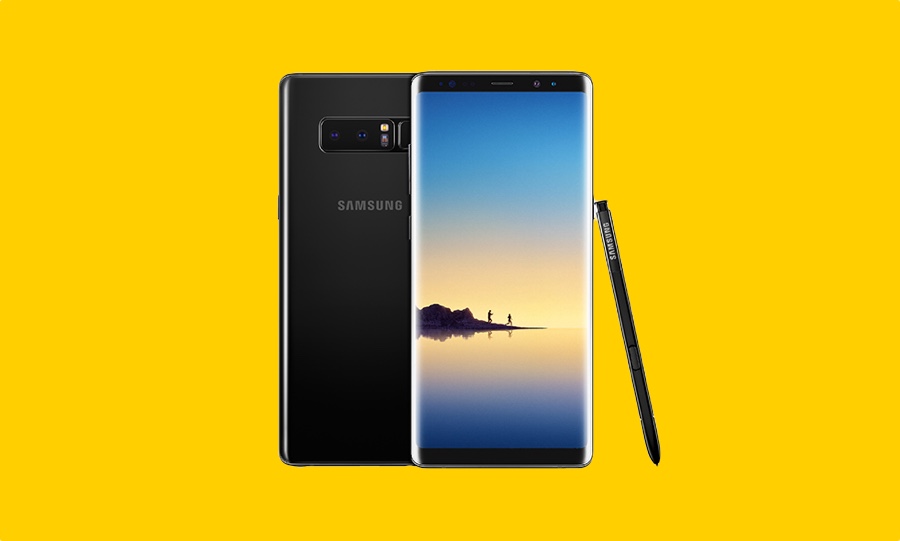 Now that the Android Pie rollout for the Samsung Galaxy S9 and Note 9 is in full swing, it was only a matter of time before the beta program for Samsung's 2018 flagships would begin. We saw some hints about the Galaxy Note 8 One UI beta program beginning soon via some early One UI builds which were spotted on Samsung’s servers. Today marks the official release of the OneUI-based Android Pie beta for the Samsung Galaxy Note 8

Registrations for the program are now open via the Samsung Members app. So far, the notice has been spotted only in India and Korea, but it is only a matter of time before it goes live in markets. Those who are interested can sign up by opening the Samsung Members (Samsung+ in the US) app and heading over to Notices. Over there, you'll see one that says "OneUI Beta". Tap it on it and sign up for the program. After some time, you'll receive an update OTA with Android 9 firmware version N950FXXU5ZSA5 on your Galaxy Note 8. 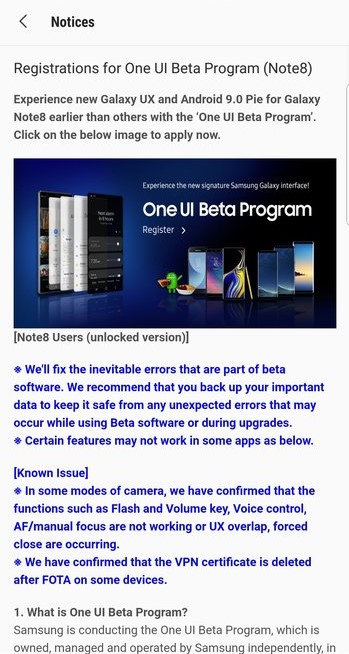 OneUI brings a new look and feels to Samsung’s devices along with Android Pie, which brings plenty of new features to the table. Some of the noteworthy features include a system-wide dark theme, redesigned icons and a new look for several stock apps such as the dialer and Samsung Messages. Also included in the package are standard Android Pie features such as App Actions, Slices, Gesture Navigation and Digital Wellbeing.

With the beta program underway, a full-scale rollout should take anything between a month or two to roll out globally. We can also expect the beta program to start for the Galaxy S8 and S8+ in the coming weeks. Before signing up for the beta, bear in mind that the software will be highly unstable and several apps might not work as intended. If the software isn't to your liking, you can opt out of the program and you'll receive a stable Oreo build OTA. However, you'll lose all your existing data once you install it, so be sure to back everything up.