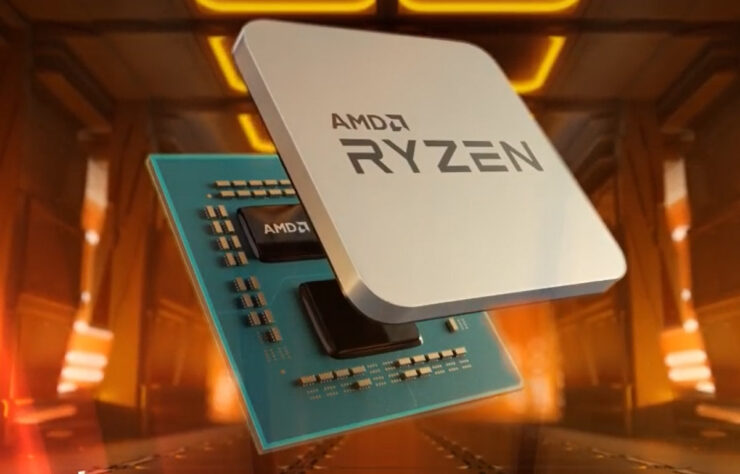 We heard you like CPUZ screenshots. Some of our friends have shared us a sneak peak of AMD's upcoming Renoir desktop processors, namely the AMD Ryzen 7 4700G. It is currently being tested with extremely fast 'DDR4-5600' memory. This confirmed AMD B550 support for memory up to 5600 MHz as well by the way; Renoir has to go fast!

Let's start with the spicy stuff first. We fired up the AIDA64 benchmark first and armed with a DDR4-5600 MHz memory, the Renoir platform scores a massive 72GB/s read and write from memory with a latency of just 72 ms. The L1 and L2 cache score 2.2 and 1.1 GB/s respectively with a latency of 0.9 and 2.7ms. The APU can boost to a clock speed of 4.4 GHz, which is pretty decent all things considered.

Up next, we have the raw CPUZ shot in all its glory. You can see that the APU is built on the 7nm process and its base clock is 3.0 GHz. It is equipped with Vega graphics and utilizes the AM4 socket with 1331 pins. This particular variant is the 1st stepping and is an early revision.

AMD's Ryzen processors have always been highly affected by RAM speeds so it is great to see that the B550 platform will be able to overclock the IMC all the way up to 5600 MHz (which is an absolutely insane amount by the way), You would almost certainly require good cooling over the RAM sticks (or at the very least an active airflow in the case) in order to not overheat the system in the summer.  That's all for the exclusive  😉 [/exclusive]

Featuring the same die as the recently released Ryzen 4000 'Renoir' Mobility CPU lineup, the AMD Ryzen 4000 'Renoir' AM4 family will be aimed at the desktop platform but feature a major upgrade over its Zen+ based predecessors. The upgrades come in the form of a full 7nm architecture design that will include 7nm Zen 2 cores and an enhanced 7nm Vega GPU core. 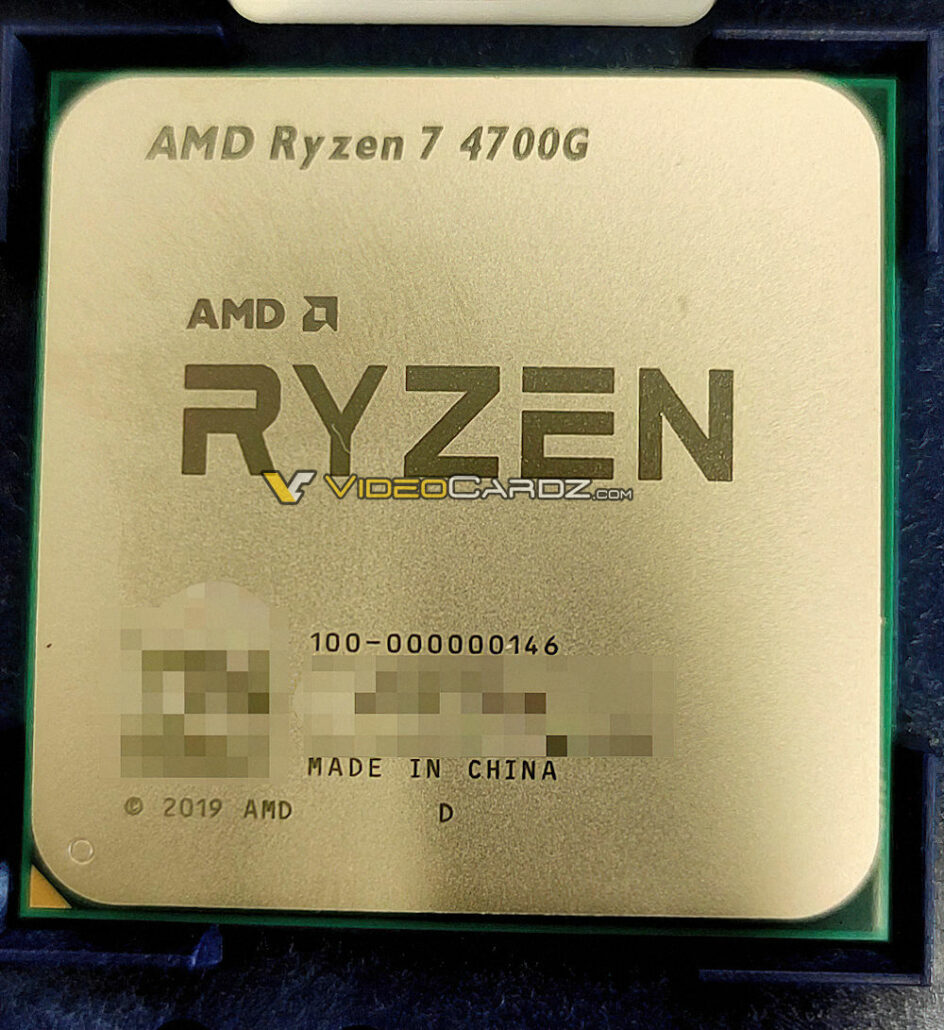 From the leaked picture, it can be seen that the flagship part is indeed going to be called the AMD Ryzen 7 4700G. This part has the '100-000000146' OPN code which matches the flagship SKU entry that we reported a few days ago. Based on the specs mentioned in the OPN table by Igor's Lab, we can conclude the specifications of this chip which are literally insane for a desktop APU.

The AMD Ryzen 7 4700G features 8 cores and 16 threads. That's a 2x increase in the number of cores and threads over the Ryzen 5 3400G. The clock speeds are reported at 3.6 GHz base & 4.45 GHz boost clocks. The chip should feature 8 MB of L3 cache and a TDP of 65W. Alongside the CPU cores, the chip would also house 8 Vega GPU cores totaling 512 stream processors.

The impressive part about the Ryzen 7 4700G is the insane clock speeds that would be featured on the enhanced Vega integrated GPUs. In the case of the Ryzen 7 4700G, we are looking at up to 2100 MHz or 2.1 GHz clock speeds which is a 20% increase over the Ryzen 9 4900H which has the Vega 8 graphics chip clocked at 1750 MHz.