ASRock's recently announced DeskMini X300 barebone PC has been put to the test with an AMD Ryzen 4000G "Renoir" series desktop processor by Taiwanese outlet, CoolPC. The DeskMini X300 looks to be a very interesting option for small form factor PC builders who want great processor performance along with decent graphics capabilities in a compact size. 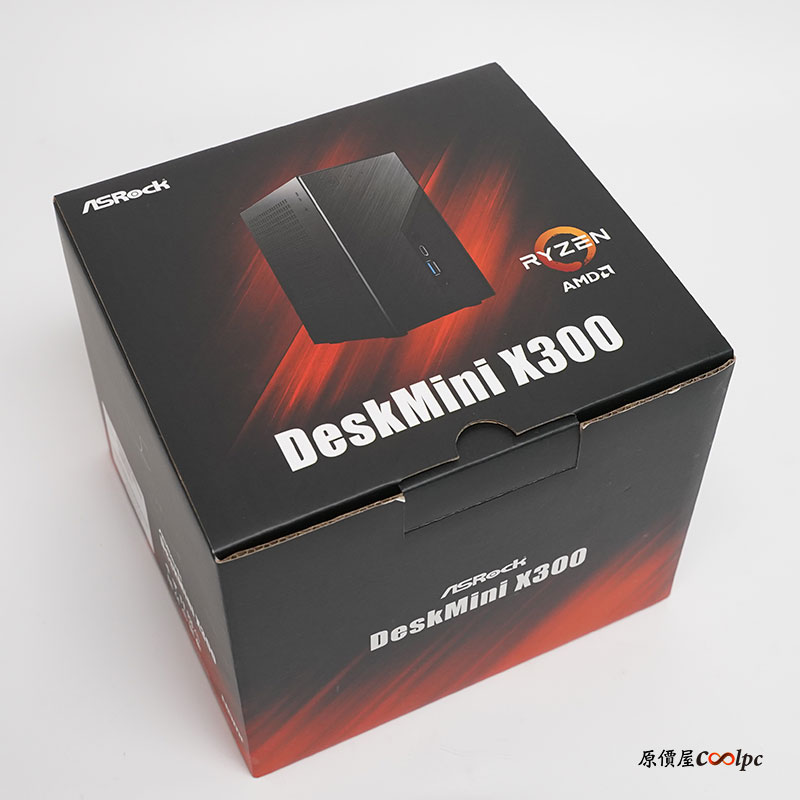 The DeskMini X300 barebone PC comes in two flavors, the standard X300, and the X300W. The only difference between both is that the X300W features an Intel WiFi kit. The rest of the specifications are the same between the two variants. So starting with those, the barebone PC will support AMD's Ryzen 4000G Renoir, Ryzen 3000G Picasso, and Ryzen 2000G Raven Ridge APUs with TDPs of up to 65W. This means that the entire range of AM4 desktop APUs based on the Zen core architecture is supported by the PC. 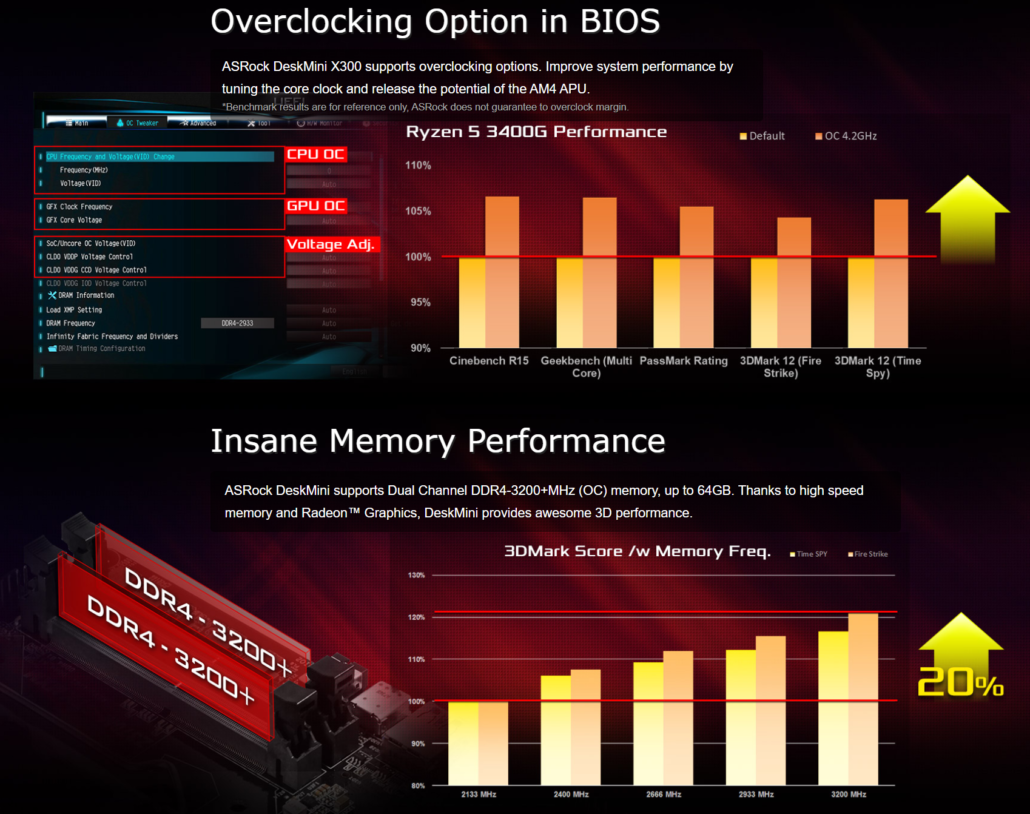 ASRock mentions that its X300 motherboard supports overclocking through BIOS which can extract up to 5-10% better performance than stock. The memory can also be tuned up to 3200 MHz which will allow for faster graphics performance. To support overclocking, the X300 chipset motherboard comes with MOSFET heatsinks to sustain the higher heat output while overclocking. The barebone itself comes with a nice brushed metal finish on the front and large exhaust vents on the sides and back of the case.

Coming to the breakdown, the DeskMini X300 comes with a standard power adapter, a CPU cooler that is rated for up to 65W AM4 CPUs, 2 SATA cables, an M.2 & rubber anti-slip sticker & a standard instructions guidebook. The whole unit measures in at 155x155x80mm which is said to be around the same size as a standard ATX power supply. Front panel connectors include a USB Type-C 3.2 Gen 1, a USB Type-A 3.2 Gen 1 ports, and audio connectors. Based on how you want to place the case, the top or side section of the case will flow air through the internal components through its large vents.

The ASRock X300M-STX motherboard for the system features the AM4 socket which is powered by a 4+1 phase VRM and houses two Ultra M.2 and a single M.2 WiFi slot. There are no PCIe slots on the board which means you can't plug in an external AIC or graphics card. Users will have to rely on the integrated graphics on their CPUs to power their systems.

In terms of GPU performance, the 7nm Vega architecture featured on the Ryzen 4000G "Renoir" APUs performed well with over 100 FPS in Leauge of Legends at 1080p on average while CS: GO performed around 60+ FPS at 1080p. A range of other competitive eSports titles was tested that could be seen below:

As for the thermal performance and power usage, at stock, the chip was running around 95C under the AIDA64 stress test while consuming around 60W of power. The average clock speeds at stock were around 3.7 GHz. When overclocked to 3.9 GHz across all cores, the CPU temperature hit north of 100C with the average CPU package power-hitting 70W. It is stated that these high temperatures were only recorded within AIDA64 and the chip was mostly running well under these in standard workloads. It can be seen that the 65W CPU cooler supplied with the case isn't sufficient for a hefty overclock but a low-profile AM4 cooler from a 3rd party manufacturer can be a suitable fit for this PC.

For around $150 US, the ASRock DeskMini X300 is a good option for SFF builders considering you can choose from three compelling AMD Ryzen 4000G "Renoir" Desktop APUs. While the barebone kit launches around the end of September, it will be limited to the Asian Pacific market since there are retailers who can actually sell the Renoir APUs along with the barebone kit.