The AMD Ryzen 5000 APUs codenamed Cezanne are expected to launch next year for the mobility segment. Initial leaks have pointed out that the Cezanne generation of APUs will offer a brand new Zen core architecture along with faster Vega graphics and a leaked entry at Sisoftware's database seems to validate this information.

The leaked entry was spotted by Rogame and the APU which is part of the "Celadon CZN Renoir" platform has been tested in the benchmark suite. There are no specific details for what this APU houses in terms of CPU specifications but the GPU details are definitely mentioned. The specific Cezanne APU is part of the laptop/notebook segment.

The graphics side features 8 Compute Units which are based on an enhanced version of the Vega graphics architecture. Each compute unit houses 64 stream processors which make a total of 512 stream processors. This is the same core count as the existing flagship Ryzen 4000 'Renoir' APUs. The most interesting part is the clock speed which is 100 MHz higher than all notebook Ryzen 4000 series APUs. 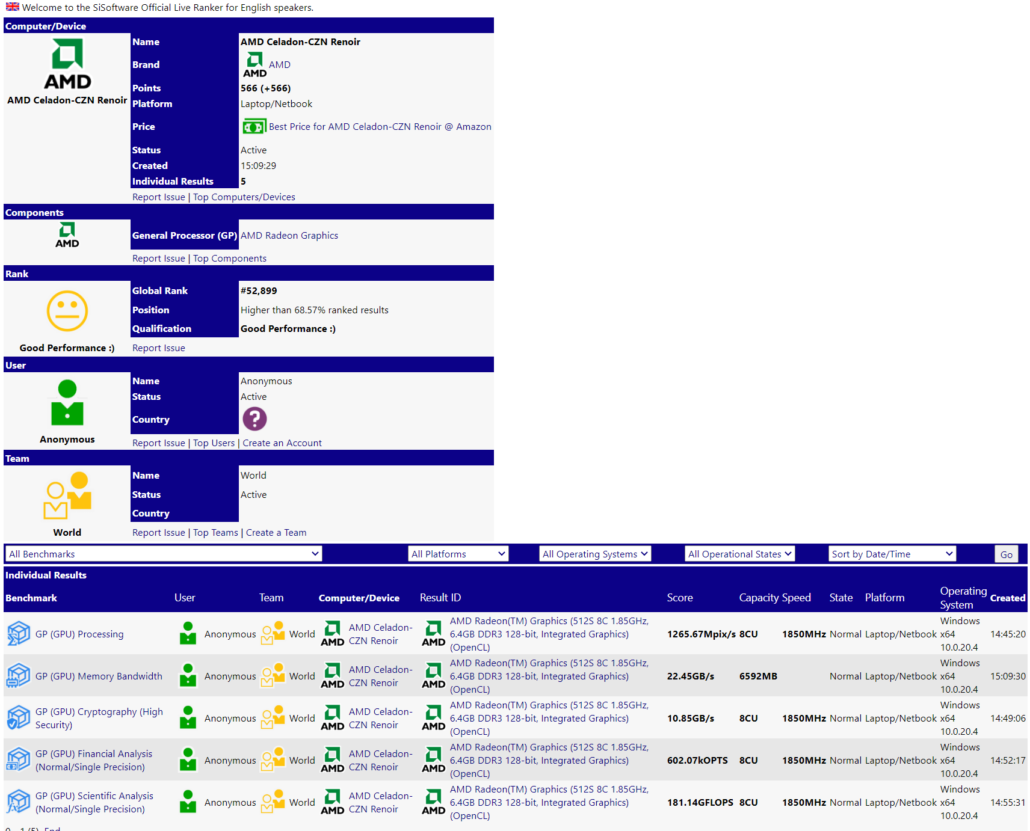 The AMD Ryzen 7 4800U and the Ryzen 9 4900H feature 8 Vega CUs based on the enhanced 7nm process node but are clocked at 1750 MHz. The Vega GPU on the specific Cezanne APU features a clock of 1850 MHz which is 100 MHz higher than the Renoir APUs. There are some performance metrics but based on the reported clocks, a Cezanne APU will deliver around 5% higher TFLOPs than the Ryzen 4000 Renoir APU.

However, considering how early this leak is, we might get to see even higher clock speeds for the GPU in the final variants. AMD's Ryzen 4000 Renoir Desktop APUs already feature clock speeds as high as 2100 MHz for the GPU portion which can be overclocked even higher. The final result will be laptops offering graphics performance faster than the PlayStation 4 Slim and Xbox One S without requiring a discrete graphics solution.