The AMD Radeon RX 6000 'Big Navi' Graphics Card series which will feature the next-gen RDNA 2 GPU architecture has apparently been teased in Fortnite. The teaser comes as an easter egg that requires a certain code to be entered on a custom made map in Fortnite Creative to be unveiled as reveals HotHardware (Via Videocardz).

Explained by HotHardware, the AMD Radeon RX 6000 series teaser is an easter egg that could be found in the AMD Battle Arena map which was custom designed by modder MAKAMAKES. Within the island, you need to enter a certain code for a cryptic message to appear which reads:

Something Big is Coming To The AMD Battle Arena! 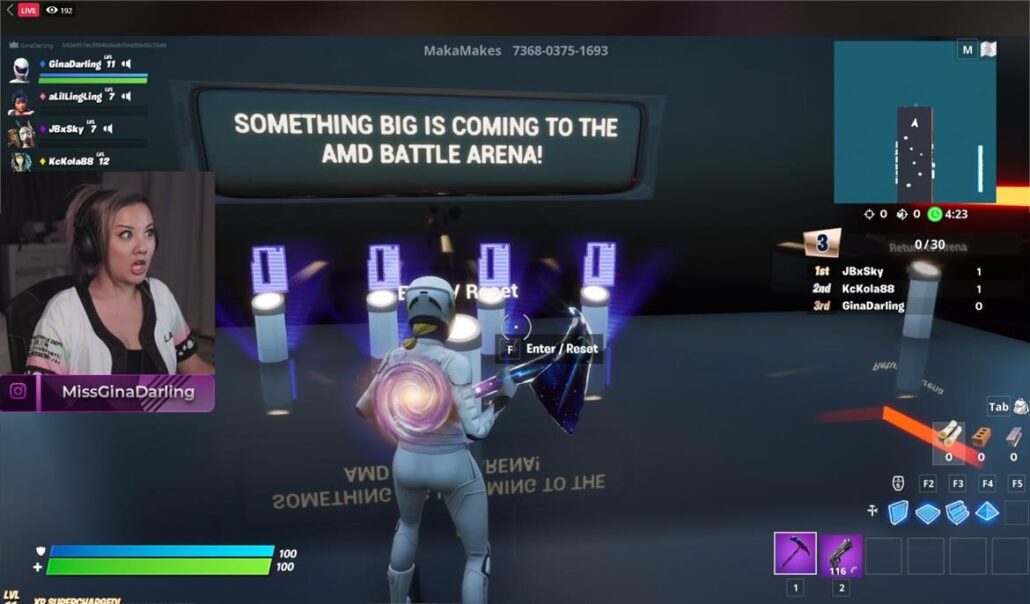 The first person to spot this easter egg was an AMD-sponsored streamer on Facebook who goes by GinaDarling. This was most definitely a marketing stunt as Gina was not only playing the game on a custom map made for AMD but also knew to enter the 6000 code. It is definitely an interesting way to tease its next-generation RDNA 2 products. The 6000 code definitely points to the AMD Radeon RX 6000 series branding for the next-generation parts and it looks like we will be getting the launch soon since AMD's competitor, NVIDIA, has already displayed its next-generation gaming products.

Meanwhile, AMD's employees have been teasing that the next-generation Radeon RX 6000 series is going to surprise everyone. The Chief Architect of Gaming solutions and marketing at AMD recently called GeForce RTX 30 series a nice launch by NVIDIA and also mentioned that he can't wait to show the great products that the Radeon team has been working on. Scott Herkelman (CVP & GM of AMD Radeon) whose known for his Jebait tactics also replied to a user who seems to have made up his mind that there was no way AMD's RDNA 2 would be reaching the same performance as the Geforce RTX 30 series cards. You can see the tweets below:

Nice launch from @Nvidia yesterday on their new graphics cards, they are going to pair well with our latest @AMDRyzen CPUs. I can’t wait to show you all the great products our @Radeon team has been working on! What an awesome year to be a gamer!!!

Once again, AMD in its own presentation emphasized enthusiast-class performance for the RDNA 2 based Radeon RX 'Navi 2X' GPUs so that's something to consider. The competition however from the other side won't just go eyes closed as AMD launches its high-performance graphics cards. The next-generation NVIDIA based GeForce GPUs is shaping up to be a beast from what we've seen so far and will be available first to consumers on 17th September.