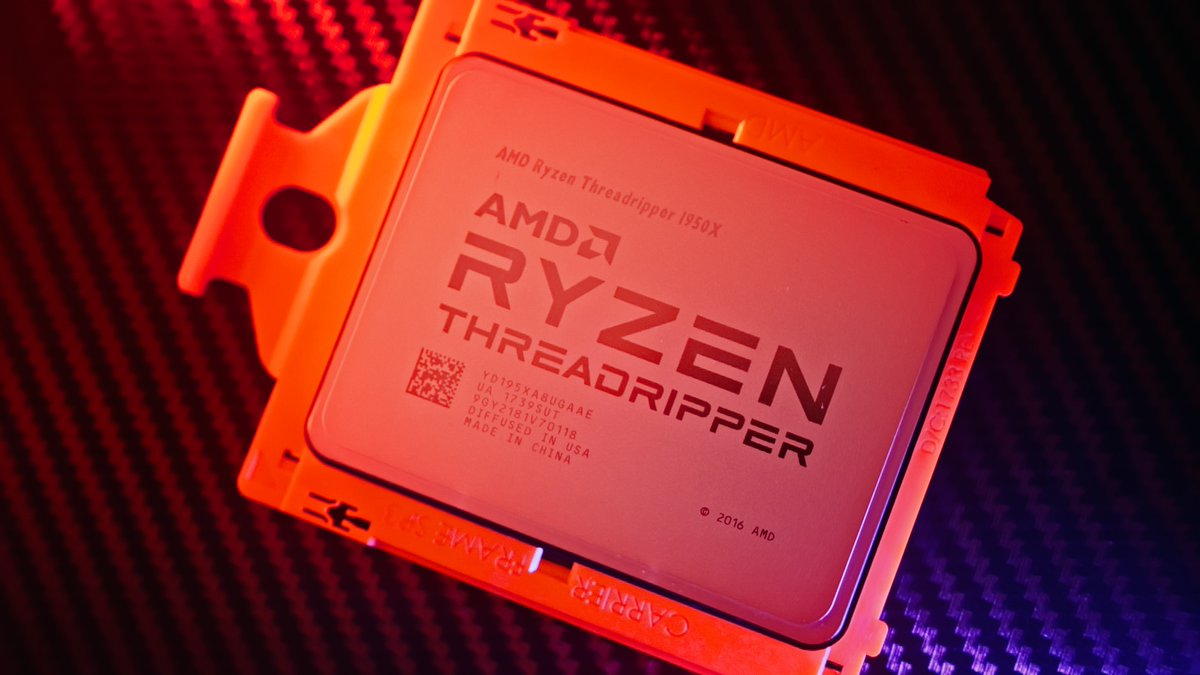 Videocardz has done it again, leaking the box packaging of the upcoming Ryzen Threadripper 3000 series a day before the rumored launch of the platform. AMD has always been very innovative with its design of the packaging and the first Threadripper set some pretty high standards in terms of the enthusiast aesthetics. The new Threadripper 3000 series boxart has been leaked courtesy of our favorite leak site and appears to be just as kick-ass as the first one.

While the original Threadripper box packaging design had a choas and fractal theme to it, the new one appears to be more space-age inspired with a single transparent case with rounded corners. It looks something like a holder for an important powerup in a game (and it kinda is for the DIY enthusiast). An AMD Ryzen Threadripper logo is minimally placed on the front and the actual Threadripper processor can be seen its holder through the semi-transparent case.

This special 'power up' from AMD will ship in a cardboard box (which is kind of important for shipping and stocking ease) with a cutout to showcase the actual plastic case inside. I still remember the boring old boxes of old that processors used to ship in and I absolutely love what AMD has done with the entire genre. Buying an enthusiast processor now is a treat and the unboxing experience is an added utility on top of your purchase.

The AMD Ryzen Threadripper processors are going to be launching tomorrow (today for some) on 7th November according to the same source and AMD is going to be rolling out its brand new series of Zen 2 powered Threadripper ultra-HEDT processors. Right now, AMD is launching with 24-cores but we expect them to go all the way up to 64-cores. AMD is expected to utilize the same pricing function that it usually does for its processors which means that these are going to be very affordable on a per-core basis.

The AMD Ryzen Threadripper 3000 series family is internally known as “Castle Peak” and is stated to bring dominant leadership in the HEDT market. The family will prove to be a new benchmark in performance and overall efficiency while new platform features will be introduced on the new and enhanced TR4 socketed motherboards to take them to the next level. AMD has also announced that the initial SKUs would include a 24 core and 48 thread chip as the top variant with more chips to follow later on.

AMD's upcoming TRX40 platform is going to result in a pretty huge boost in sales for the company as it expands into even more cores at affordable pricing. The company successfully proved that the mainstream markets had an appetite for a core count higher than 4 and now it seems to be doing the same for the HEDT and workstation market.

What do you think of the packaging?