Using the 1USmus's tool, you enter the details of your system, and the calculator will figure out which settings are the best for memory overclocking, and then this tool also implements the best configuration. This tool takes the majority of the guesswork out of overclocking whereas before, most overclockers had to make changes in steps. Stability tests are performed at the new speeds before ramming up the speeds again.

Even with utilizing this tool, all overclockers should still take all the necessary precautions, such as stability testing and being made aware that this overclocking may void your hardware's warranty. 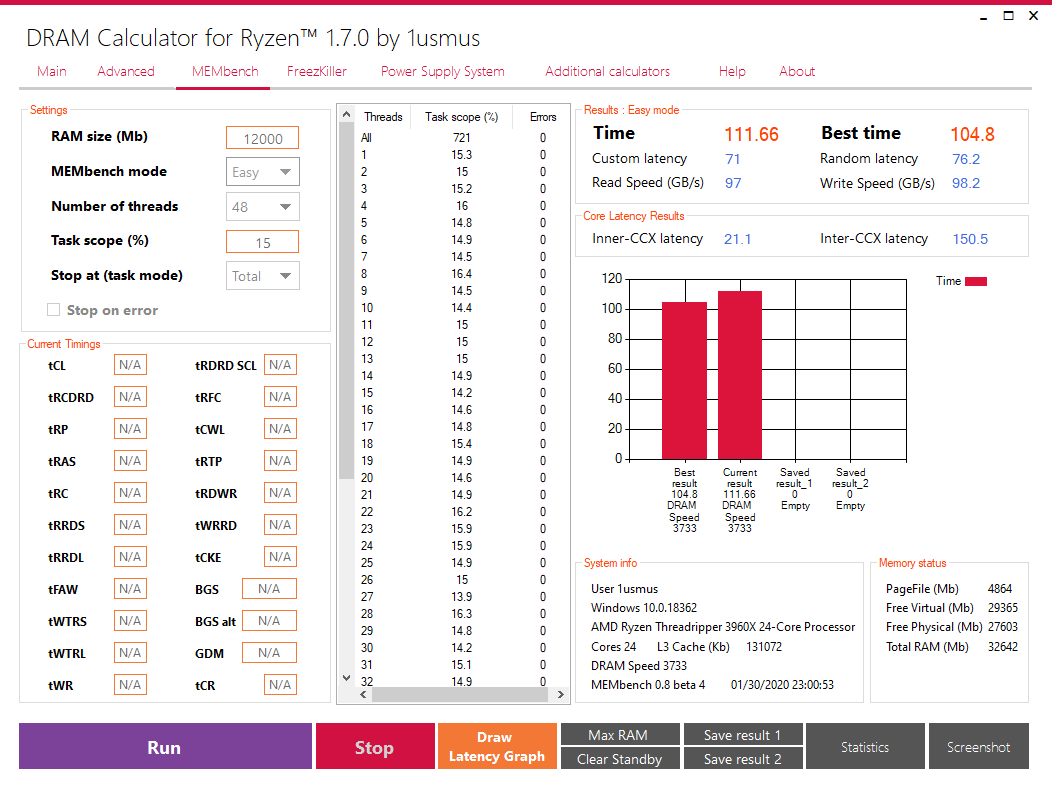 For more specific details on the newest, it's best to look at the changelog below:

For more specific information regarding this tool, go head over to Overclock.net, which has both the download link along with more details for the next version, which 1USmus has stated is planned to be available in Version 1.7.1.