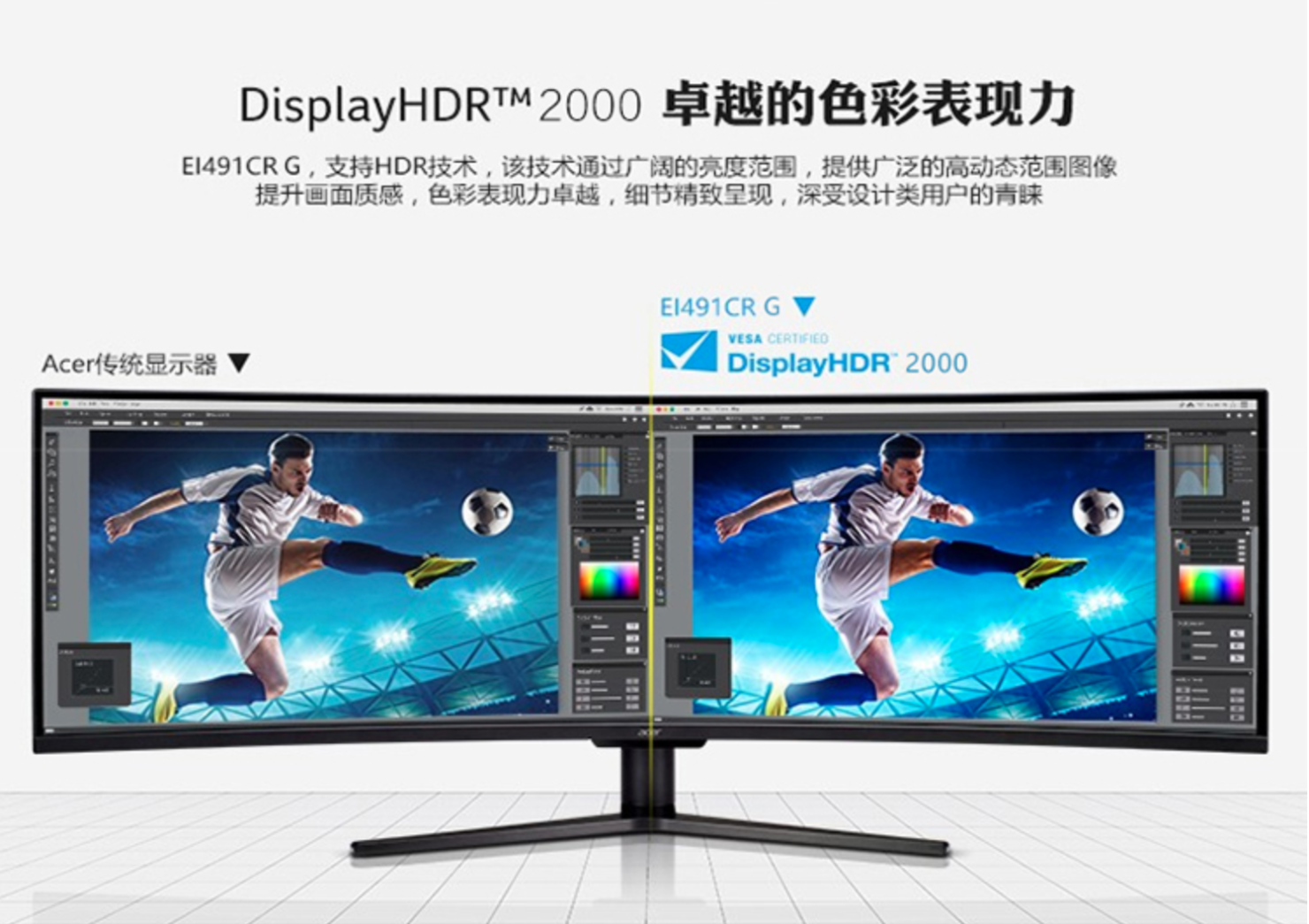 Update 4/22/2021: In the statement below, Acer has stated that the information surrounding the specifications of the Acer EI491CRG9 is incorrect:

The information in recent reports regarding an Acer “EI491CRG9” monitor is incorrect, and we do not produce such a model with said specifications. We have requested the listing to be removed.

The Acer EL491CRG9 is a 49-inch ultra-wide monitor with a 5120×1440 resolution. For gaming, it takes advantage of a 240Hz refresh rate and a 1ms GTG response time. On top of that, it supports both NVIDIA G-Sync and AMD FreeSync. The panel features an aspect ratio of 32:9 which can essentially replace two 16:9 QHD monitors.

The panel has a 1000R curvature and Mini LED technology with 2048 local dimming zones. The peak brightness of the monitor is 2000 nits (cd/m2). It also features a 12-bit color depth and 95% DCI-P3 color coverage. It features three HDMI 2.x ports and one DisplayPort 1.x port which is one more HDMI port than seen on the Samsung Odyssey G9.