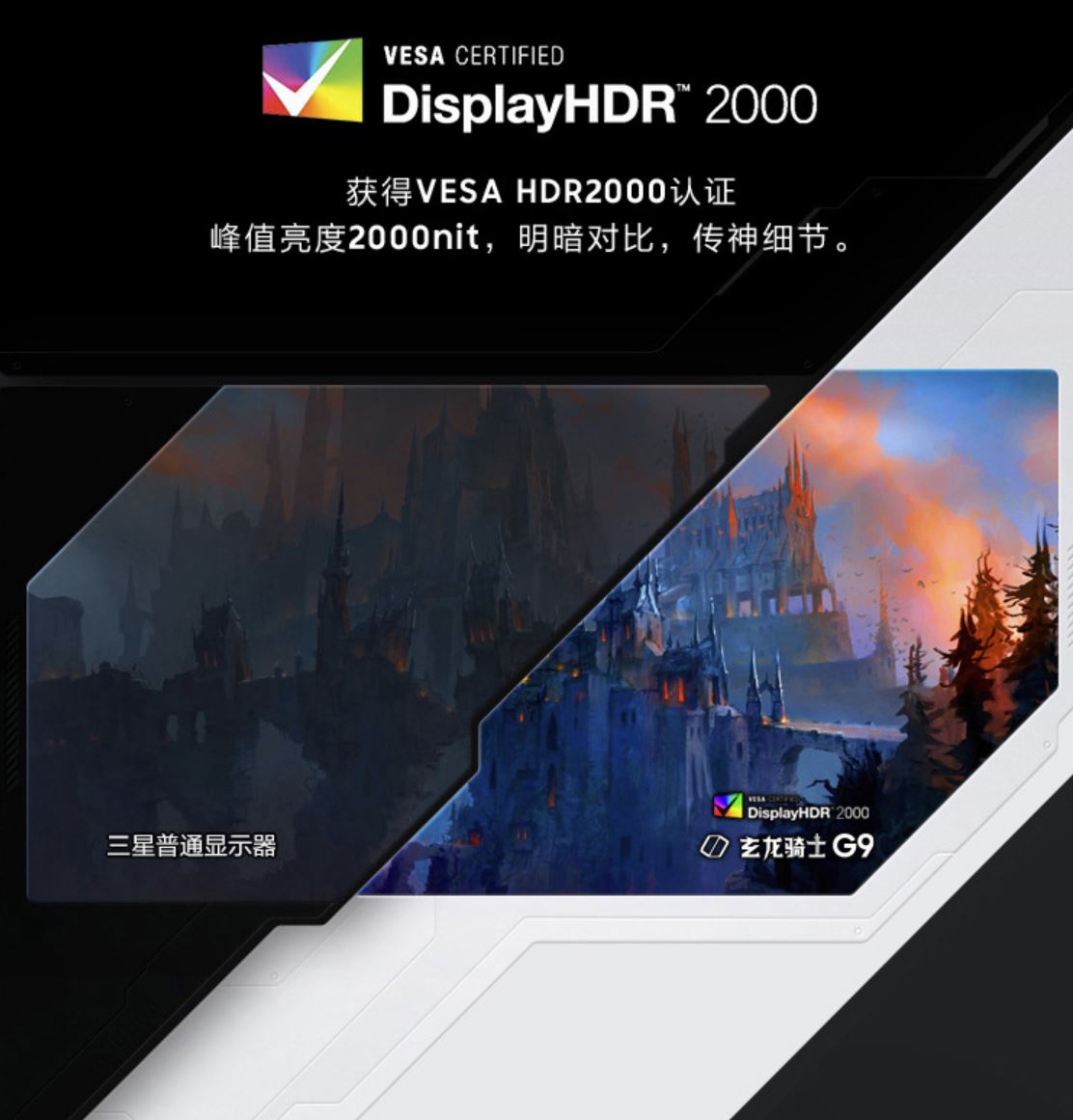 The impressive Samsung Odyssey G9 gaming monitor was first released in 2020 and impressed many people with its high-quality 49-inch curved panel. Last month, Samsung announced the updated 2021 model of the Odyssey G9, and with a recent Taobao listing, more information has come out.

In the original announcement, Samsung confirmed a few details including that the Odyssey G9 would feature a Quantum MiniLED panel. A Samsung spokesperson said:

In 2020, the Odyssey G9 gaming monitor generated a lot of buzz—this year, Samsung is leveling up the experience with a Quantum MiniLED display and premium gaming features. The 1000R screen curvature, combined with Quantum MiniLED display technology, gives gamers an experience unlike any other. The new G9 joins Samsung's full lineup of curved and flat Odyssey gaming monitors.

With the new VESA DisplayHDR 2000 certification, the Odyssey G9 features a peak brightness of 2000 nits, double what the 2020 model had. The panel itself is a 49-inch VA panel with a resolution of 5120×1440 (dual QHD) with a curvature of 1000R which is the same as last year's model. The display now features MiniLED backlighting with 2048 local dimming zones and an increased contrast ratio to 4000:1.

Gaming on the Samsung Odyssey G9 will be even better with this model as it has been upgraded to a 240Hz refresh rate. It will also support both NVIDIA G-Sync and AMD FreeSync Pro. On top of the new features, the model will keep. the 10-bit color depth and 95% of DCI-P3 color coverage from the 2020 model.