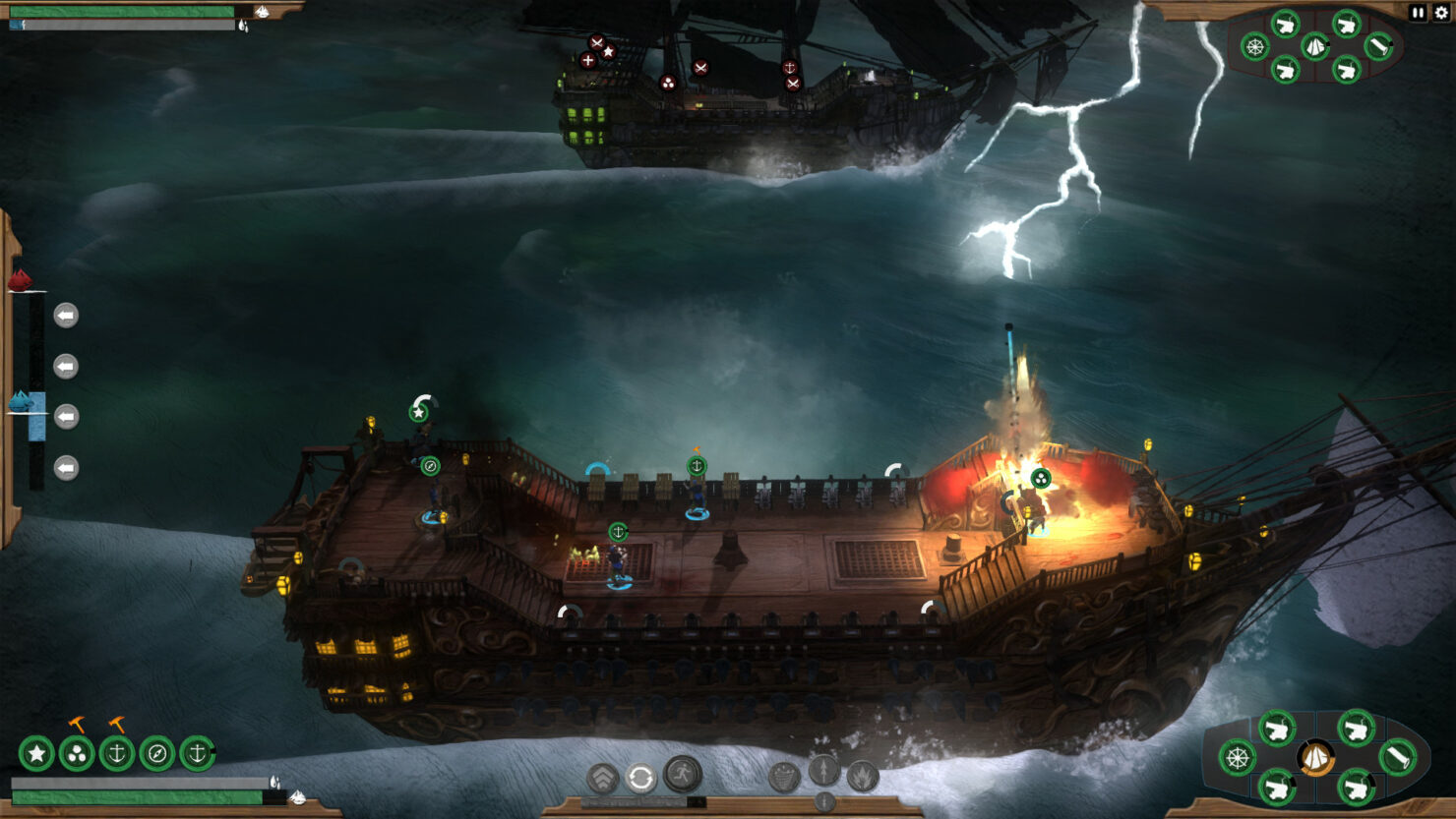 Abandon Ship, the single-player PC game made by UK studio Fireblade Software, is now available on Steam Early Access. It's priced at $19.99/£14.99, but there's a 15% discount available until February 28th.

You can find more about the game, including a launch trailer, below. Fireblade also posted an article on the roadmap they'll follow during the Early Access period, which they have estimated to last between nine and twelve months.

Be the Captain. Survive on the Edge in a World with Consequences.

In Abandon Ship you take command of a ship and her crew, exploring a diverse, procedurally generated world, taking on quests and dealing with random events. Frequently, you will end up engaging other ships in combat, the player having to employ their best tactics in order to out-maneuver and out-gun the enemy.

The game focuses on “Age of Sail” ships in a Fantasy setting, framed in an Art Style inspired by classic Naval Oil Paintings.

Ship Destruction is not the End.

Life in the world of Abandon Ship can be brutal. Death is permanent. But the game doesn’t end if your vessel is destroyed. You are the Captain, and as long as the Captain is alive, there is always hope. By escaping to a Lifeboat, or even being stranded, alone in the water, there is still a chance to survive and fight your way back to the top.

Snatch Victory from the Jaws of Defeat.

Combat is tactical and savage. Each battle is hard-fought, always on the edge of defeat. Your only chance of overcoming the odds is to employ every advantage you can and utilise all the tools at your disposal.

Reap What You Sow.

Explore a fantasy world that reacts to your actions. Quests may drastically change the environment. Make decisions that create friends or enemies that may later come back to help or hinder you.