The impossibility of dreams is what makes them so paradoxically memorable and hard to grasp after the fact. We’ve all had dreams where we’ve been somewhere familiar, only to awake and realize with a small level of concern that the familiar place in our dream was not one of our waking levels. What we believe is our home might be a strange, impossible castle when looked back with conscious eyes. What was our family member might be a stranger or character or something entirely inhuman.

These strange inconsistencies are one of the things that make so dreams alluring to explore in media and fiction. And Dream Cycle manages to grasp this strange, uncertain, incomprehensible familiarity in the dreamscape, but not entirely necessary.

Inspired by Lovecraft and not Neil Gaiman’s Sandman (because we’re going for cosmic horror, not pure weirdness), Dream Cycle lets you take the mantle of a mage searching for a friend lost in their dreams. Which really does sound like Sandman. But the characters in graphic novels and the Netflix series rarely have sniper rifles, so it's not to pin down any true inspiration.

In fact, it's hard to pin down anything much about Dream Cycle. Combat is unmoored from the terrain as you float and fly between jagged towers and endless depths to remove the nightmares. The world itself is fractured almost beyond recognition, an accidentally beautiful quirk of an over-ambitious procedural generation program. And the narrative is fragmented and retracing to the point where it feels impossible to tell what era the game is meant to be set in.

Everything bleeds into each other, none of it fitting together quite the way it should. And maybe that's the point? Though, more likely, it is a quirk of the systems used to make it. Combat is fun, mostly. Minions teleport around the map as you do, forcing you to utilize the strange space as much as possible, as well as all your tools of destruction. Some weapons are more useful than others because each fight is so sprawling and shifting. You’re rarely going to be close enough to be effective with the shotgun or far enough away to take advantage of the sniper rifle. Instead, you’ll be using your spells and mid-range murder devices to exact death onto the nightmares of the Dreamlands.

But then there are the bosses. Normally, these are huge, hulking, fleshing monsters that look like they don’t fit into the randomized geometry of the map. Because they don’t. Thanks to the randomized nature of Dream Cycle, the bosses often just don’t fit. If Dream Cycle were an actual dream, the dimensions of the game and character would shift and reform until everything fit and didn’t fit at the same time. Because it's not, it just means that bosses instead become harmless bullet sponges as opposed to any kind of threat.

This brings us back, like a spiraling dream, to the level design itself. Dream Cycle is made like a dream, it's not meant to make complete sense. But there is something wrong with the levels, which is a thematic masterpiece, but not a great game choice. The procedural generation seems to have no boundaries, so buildings mesh together and overlap, as does the rest of the environment. It's fantastic, strange, but difficult, bordering on excruciating to navigate. Finding a vista that overlooks a medieval European castle jutting out sideways in a flurry of overlapping towers from a central American temple structure of a thousand splintering staircases is breathtaking. But when you’re objective lies somewhere in the heart of that incomprehensible labyrinth, with countless deadends, awkward, immersion-breaking spaces, and a reasonable chance you won’t be able to find another route out, the situation begins to sour.

Outside spaces are fantastic, they let you utilize everything you have to explore these dreamscapes, but they always lead to a dungeon, often a literal dungeon, as in a dungeon you cannot escape. Unfortunately, even these spaces aren’t free from dream logic that doesn’t work as a game. Dream Cycle will have you cycling through dream biomes, but it doesn’t take long before things start to look familiar. Retracing your steps is common in dreams, and it's even more common for dreamscapes to shift and change upon your return. But in a game that offers such strangeness, you start to wish there was a bit more variety in what might take the shape of.

Like a dream, there is potential beyond understanding in Dream Cycle. It's fantastic to have a game that calls upon Lovecraft without falling into his most overplayed and uninteresting tropes. The landscapes are truly unbelievable and feel like a dream, but leaving it up to a computer doesn’t quite work. Bring in the Old Ones to delve into the dreams and make sure there is space enough for everything and there will be a fun, frantic, and strange game. As it stands, Dream Cycle feels a bit too much like falling and not enough about hitting the ground. 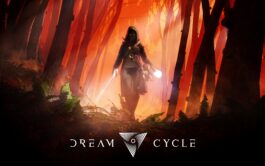 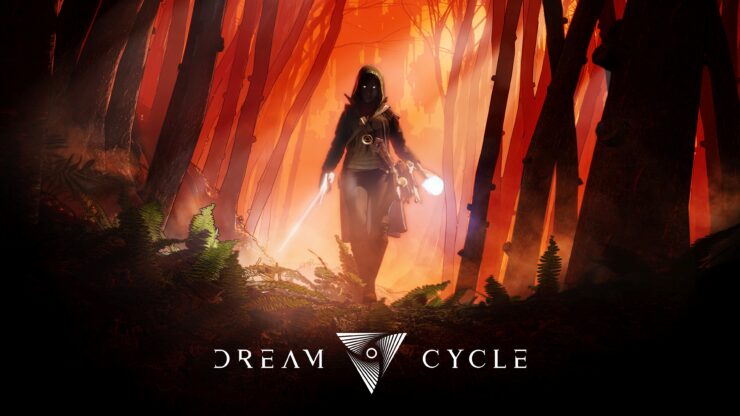 Dream Cycle is doing a lot. And it does a lot of it well. But the parts that fall flat, bouncing off the strangeness of the game's own design, make it hard to recommend.