5.7 Inch Galaxy S6 Edge Plus Expected To Release In August

Samsung Galaxy S6 Edge currently features a 5.1 inch screen size that renders the 1440p resolution. In order to further increase its dominance in the smartphone market, the South Korean firm plans on releasing a phablet sized version of the handset during the month of August. Instead of a 5.1 inch screen size, the upcoming device is going to feature a 5.7 inch screen while maintaining the same resolution and hardware specifications. No doubt the company has a strategy to diversify one of the hottest smartphones of 2015, and there are several consumers out there who feel that a 5.1 inch screen would not suit their purpose effectively. 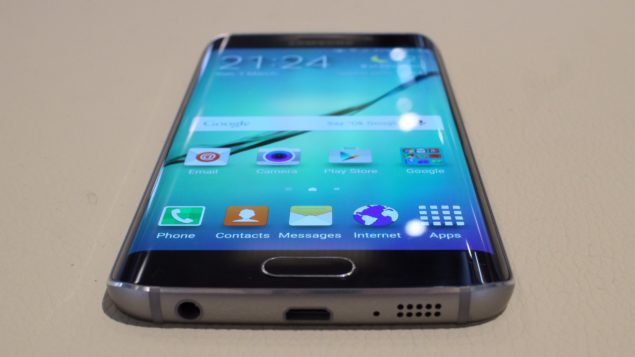 According to ETNews, it was rumored that Samsung was gearing up to release a Galaxy S6 Edge variant that would feature a screen size of 5.5 inches. Now, confirmation has been received that the device with the curved edge display is going to possess the same screen size as Galaxy Note 3 and Galaxy Note 4. The release date of the handset is exactly one month before the expected unveiling of the company’s flagship phablet, Galaxy Note 5. According to earlier reports, that device is expected to feature an Exynos 7422 SoC, a Type-C USB port, and a prodigious 4K resolution.

Sales performance of the Galaxy S6 duo has been quite impressive. According to Counterpoint Research, 7.3 million copies of the regular Galaxy S6 have been shipped, with 3.3 million units from those shipments sold. Additionally, 3.4 million copies of Galaxy S6 Edge have been shipped out, and 2.8 million of them have already been sold, indicating that the curved edge smartphone is more coveted amongst consumers compared to the regular model.

Witnessing the amount of revenue that Galaxy S6 Edge has been able to garner, Samsung came to the conclusion that a larger screen variant should be made. With the release of the phablet sized smartphone, Samsung Securities revealed in its report on May 27 that the smartphone giant is expected to sell approximately 50 million combined units of Galaxy S6 Edge and Galaxy S6 Edge 5.7 (unofficial name) by the end of 2015.

While that is an ambitious figure, Samsung will also have to witness the imminent storm that will rise in the form of Apple and its iPhone 6S duo, along with other Chinese smartphone manufacturers and their flagship offerings.