While we all know how eager Samsung wants to raise the bar with every smartphone it releases, the latest rumor revolves around Samsung’s upcoming phablet sized wonder, Galaxy Note 5 and its beautiful 4K resolution being rendered on a Super AMOLED type display. In addition to the dense resolution, Galaxy Note 5 is expected to pack all the goodies that you should expect from a higher-tier smartphone, and more. Now, according to the latest leak, Samsung is expected to increase the screen size from 5.7 inches (both Galaxy Note 3 and Galaxy Note 4 possessed the aforementioned screen size) to 5.9 inches. In short, that will reduce the ppi density of the smartphone, leading to a less deleterious effect on the overall battery life. 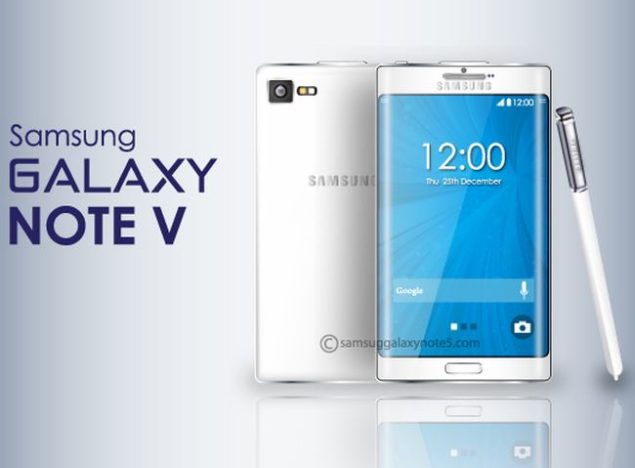 Now that Samsung has discarded incorporating an inexpensive plastic exterior to its flagship lineup, we should expect no less than a premium chassis that the Galaxy S6 flagship duo are sporting. Galaxy Note 5 is also expected to come stacked with a 4,100 mAh lithium polymer battery, which is able to hold more charges compared to regular lithium ion batteries.

Seeing as how the Type-C USB port’s popularity will increase exponentially in the coming months, we should also expect that Galaxy Note 5 will be sporting the new port. While Samsung’s efforts of rolling out premium handsets were given significant amount of praise, the one area where the smartphone giant was severely criticized was not incorporating a microSD slot on Galaxy S6 and Galaxy S6 Edge. Perhaps Samsung will ameliorate this short-coming and allow users to expand their existing storage on the upcoming smartphone, up to a limit of 256 GB perhaps.

As for the amount of on-board memory that will be featured in Galaxy Note 5, we expect Samsung to begin shipment of capacity variants that exceed the 128 GB limit. After all, if you’re paying the price for a premium handset, then the least Samsung could do is provide the smartphone populace with all of the crucial features that simplify the mobile computing experience.

Last, but certainly not least, Galaxy Note 5 is being rumored to feature a dual-curved edge display. This will allow users to perform tasks on both side of the screen rather than be limited to just one. Hopefully, during the month of September, Samsung will not disappoint its loyal confederacy of Galaxy smartphone consumers. As for us, we are just as excited as you are.