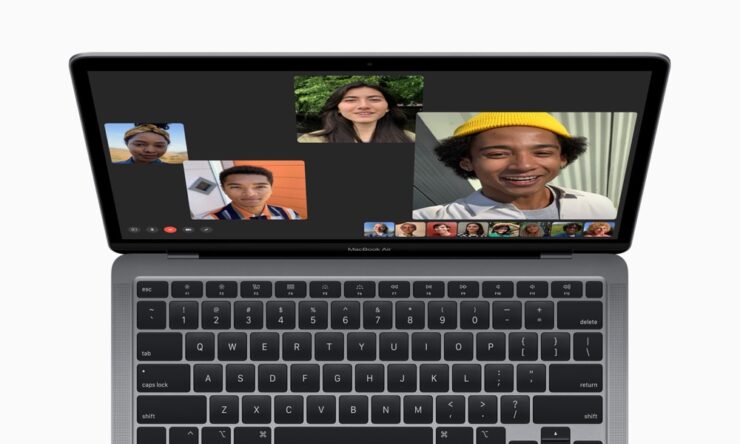 No, Apple did not update the FaceTime camera on the new 2020 MacBook Air, and that infuriates me.

Despite Packing Better Internals, the new 2020 MacBook Air Still has a Potato Webcam for FaceTime Calls

When it comes to setting the benchmark for the worst ever webcam on a notebook, the 12-inch MacBook was a pure winner. Up until its death the 12-inch MacBook had a front-facing camera so bad that you would rather avoid making a call with it so that the other person doesn't find out you have a 480p camera slapped on top of your $1,000+ laptop.

But, the MacBook Air slightly upped the ante in Apple's ultra-portable lineup and introduced a rather uninspiring 720p FaceTime camera. Still a huge upgrade over the 12-inch MacBook. But today, the MacBook Air received its biggest ever update, and the webcam? Still 720p.

Right now, I'm going to say the most cliché thing on the entire internet - 'if they can put such a nice selfie camera on the front of the phone, why can't they do it on a notebook?' I get it. I won't get an answer for that most likely. But given that the MacBook Air has a Retina display, meant to view high-quality videos and photos shot using high-end hardware, then how come the webcam is as potato as it gets in the year 2020? At least a 2-megapixel camera should suffice at this point, right? Apparently not.

It's mind-boggling how much attention Apple puts into delivering the highest quality displays and cameras on the iPhone and iPad, yet things are so horrid on the company's base lineup of computers.

We are living in the age of 4G LTE that's slowly transitioning to 5G, and needless to say that data isn't an issue for a lot of people, so projecting yourself to the other person in the highest known camera quality should be Apple's priority when it comes to webcams. We sincerely hope this stance of shipping poor webcams changes down the line from Apple. In fact, no one should bundle a potato camera on a laptop. Ever.

While you are here, you might want to check out the following: