Walmart is offering XBox One Cyber Monday bundle offer for $559 down from $617. The gaming console is almost impossible to track down on stores as it is going out like hot pancakes - even more? Launched on November 22, only major stores are having the Xbox One stock right which too is getting cleaned out during the Cyber Monday rush online. 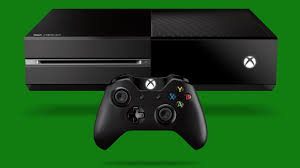 Walmart Xbox One Cyber Monday deal includes the gaming console and two other items. These items can either be Xbox One games or an extra controller with a single game. Walmart is also letting you choose your favorite titles from any of the 13 Xbox launch titles.

Apart from Walmart, GameStop is also offering Xbox One bundle offer which in fact is ready for instant delivery. GameStop's Xbox One Cyber Monday deal includes Xbox and and a trio of games at $739.99. Similarly GameStop has also been advertising its PS4 Cyber Monday deal. No option of choosing the games!

GameStop PS4 Black Friday bundle will cost you $605.95. The bundle includes two DualShock 4 controllers: Killozon: Shadow Fall and Knack; bundle includes 1-year PlayStation Plus membership. GameStop won't sell the base PS4 console, it neither would let you choose alternate games. More? You will be paying full price for each of the bundled item. GameStop promises to ship you the PS4 Black Friday bundle in 24 hours.

Base PS4 console costs $399.99 but since it's not any thing to get, you might consider GameStop's PS4 Black Friday bundle even if you don't want the included games simply to get the console this holiday season.

But it might be a good chance to get it since PS4 is hard to be found among the very high demand and retailers have struggled to keep their supplies of PS4. Apart from GameStop, Walmart, Amazon and other major retailers have also advertised selling PS4 Black Friday offers. But we can't be sure if these store have these offers now. Amazon is already sold out of its PS4 Black Friday deal.

Amazon Might Have Tipped Off 1TB Xbox One Bundle With Halo: MCC