Amazon Might Have Tipped Off 1TB Xbox One Bundle With Halo: MCC

There seems to have been quite a few accidental listings on the Internet lately. First the Halo 3: ODST listing on the Xbox Live storefront, then the Fallout 4 website springs up an hour earlier than expected and now a listing on Amazon magically appears that has some very interesting information about a new mysterious Xbox One Bundle. 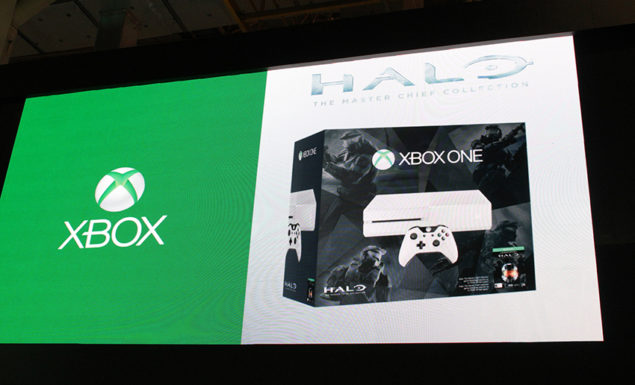 Amazon accidentally posted a listing for an Xbox One bundle with a 1TB HDD and Halo: The Master Chief Collection and featured the new controller.

The listing, of course as is standard these days, has been taken down nearly as promptly as it was discovered. On that listing however were details that quite plainly indicate a 1TB HDD and the inclusion of the updated controller with a more common 3.5mm headphone jack. Below is the full item description, caught just before it went down.

There's only one place to play the best exclusives and biggest blockbusters this year, like Halo 5: Guardians, Rise of the Tomb Raider, and Forza Motorsport 6. Experience the most advanced multiplayer on Xbox Live, powered by hundreds of thousands of servers that maximize performance while reducing lag and cheating. And quickly switch back-and-forth between games, live TV, and apps. Now includes a 1 TB hard drive for storing games and media, a controller with a 3.5 mm headset jack, and Halo: The Master Chief Collection, the definitive Haloexperience on Xbox One. Play through The Master Chief's entire story with Halo Combat Evolved: Anniversary, newly remastered Halo 2: Anniversary, Halo 3, and Halo 4.

While it's probably a rare occurrence, it's not completely outside the bounds of reality that a disgruntled Amazon employee could post a fake listing for a product like that. More likely, however, is that someone just got a little excited, or a database error resulted in the accidental posting of this earlier than it was supposed to. E3 usually brings new bundles and updated storage, so the actual updated Xbox One bundle as is, is expected.

Also, it's about time that Microsoft moved away from their silly 2.5mm audio port on their controller. That's been one of the most useless connectors in recent history. They're finally going to join the rest of the world with a standard 3.5mm connector on their controller.

Hopefully more details regarding new and updated Xbox One bundles from Microsoft will come out at E3, or even before hand as a way to increase their marketing presence. As soon as we know more information about increased HDD capacity, we'll be right here with that news.