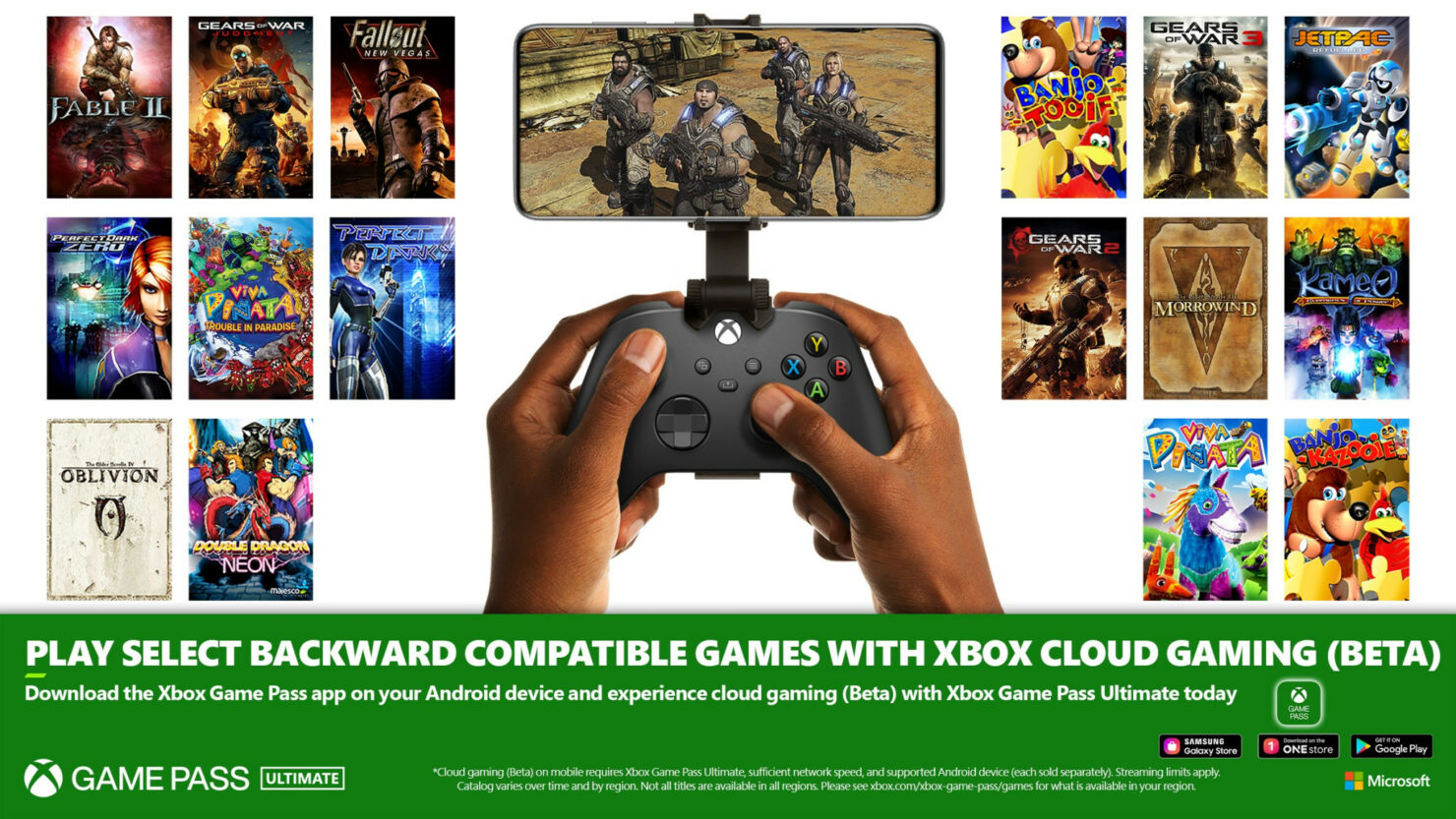 Xbox backward compatibility has often been touted as one of the main advantages Microsoft was able to build over Sony. Having practically the entire Xbox library at one's disposal, including the games made for the original Xbox, is certainly a feature much appreciated by a lot of gamers.

Starting today, however, Microsoft is extending Xbox backward compatibility for Game Pass Ultimate subscribers to xCloud. This means you'll get to play the following sixteen titles on your smartphone or tablet, and the library should grow soon.

Being able to play your library of games on the device you want is a wonderful promise, be that on console, PC, or on a mobile phone or tablet. I believe it offers real freedom of choice in terms of where you play, but as cloud gaming on mobile grows it’s exciting to think that that might be where someone discovered their first Rare game.

We took the lead from the Cloud Gaming team, as they did the implementation and shared with us to play and test. It’s always tricky, as touch is different than a controller and certain games with fewer inputs do lend themselves better to a touch experience than others. Jetpac Refuelled is a good example of fewer inputs, but if touch is the way you as a player want to play any game, we want to make sure it works as well as it can. Of course, we also welcome feedback from our players.

Are you happy that Microsoft is extending its Xbox backward compatibility program to the cloud? Let us know in the comments.