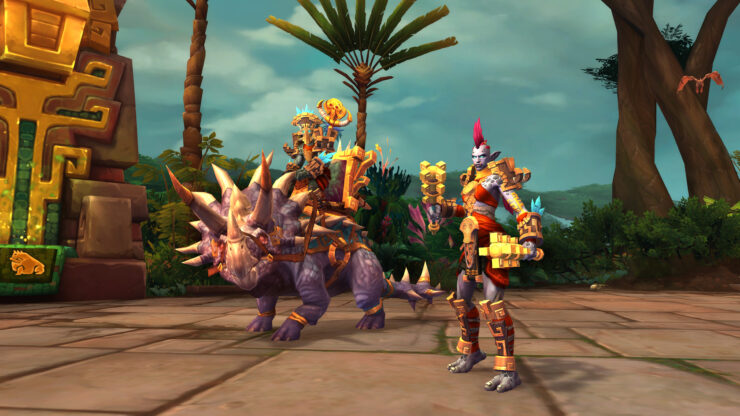 Blizzard has rolled out a new World of Warcraft: Battle for Azeroth Hotfix that includes various changes and fixes, including a change to the Allied Races regeneration racial.

In addition, the hotfix makes some changes to Consecration and Wake of Ashes’s global cooldowns for Paladins.

We’ve included the release notes for this hotfix down below:

Allied Races
-Regeneratin' no longer benefits from other effects that increase healing.

Classes
Paladin
-Fixed an issue that allowed Consecration and Wake of Ashes’s global cooldowns to be reduced more than intended by haste.

Player versus Player
-Players will now receive 50% more Conquest when participating in Rated Battlegrounds or Arenas until they have completed their 9th weekly “Conquest’s Reward”.
-The Tiger's Peak arena has been temporarily closed for repairs and will be returned to the arena map pool in a future update.
-Fixed a bug that prevented players from earning achievement Territorial Dominance.
-Fixed a bug that prevented eligible players from receiving the achievement The 5-Cap Crew in Arathi Basin.

Quests
-Fixed a bug that allowed players to use the Avatar of Kimbul to eliminate members of the opposing faction if they abandoned “Wrath of the Tiger”.

Raids and Dungeons
King Rastakhan
-Fixed a bug that caused Death Rifts to disappear before the end of the encounter in Battle for Dazar’alor.
Garalon
-Fixed a bug where players could be trapped like a bug after defeating the bug Garalon. It was bugging us.

Battle for Azeroth, World of Warcraft’s seventh expansion, is available globally now. Blizzard launched the expansion back in August of last year. The most recent content update for the expansion, patch 8.1.5, was released earlier this month.