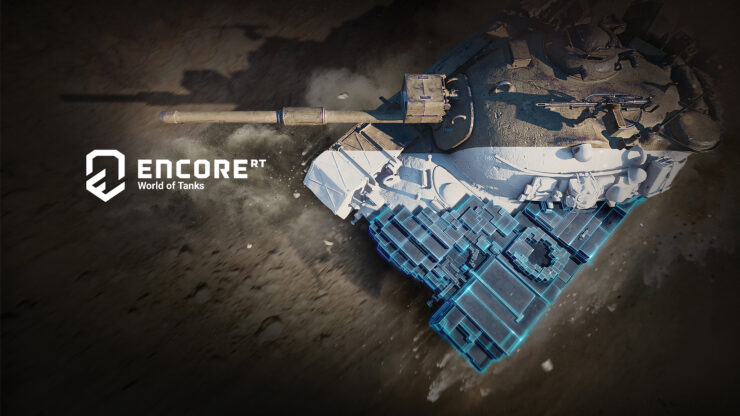 The team over at Wargaming is bringing the much-anticipated update to their World of Tanks game engine with the move to enCore RT. Wargaming has partnered with Intel and is using their Embree library (part of OneAPI) to bring ray traced shadows to World of Tanks.  This is not full scene ray tracing but a version of hybrid raytracing like we've seen in most games using ray tracing effects, outside of Quake 2 RTX and Minecraft RTX which are fully path traced.  While the ray traced shadows are limited only to the shadows on intact tanks there is a really interesting take with this technique being able to circumvent the need for DX12 and DXR as it runs on DX11.  The catch with it running on DX11 means that you can run it without the need for extensive driver support or hardware accelerators for ray tracing and that means you can run it on pretty much any DX11 compliant graphics card, so we wanted to see how it does across our test suite.

We tested all of the cards using the latest GPU drivers and using the benchmark utility.  The benchmark utility only gives out a score rating at the end and doesn't share the actual performance so we used FrameView to capture the performance from the 178 second run of the benchmark while running at the Ultra preset with Ultra AA and Ultra Ray Traced Shadows.  Once we had the results from 3 runs, after discarding an initial burner run for loading purposes, we took the average of average frame rates as well as the 99th percentile results from the run. We report our performance metrics as average frames per second and have moved away from the 1% and .1% reporting and are now using the 99th percentile. For those uncertain of what the 99th percentile is, representing is easily explained as showing only 1 frame out of 100 is slower than this frame rate. Put another way, 99% of the frames will achieve at least this frame rate.

Before jumping into the entire graphics card suite result across various resolutions we wanted to take a quick note and see how the performance of the RX 5700XT and RTX 2060 SUPER scale at 1080p with and without ray traced shadows.  It's very clear here that the ray traced shadows in World of Tanks is still quite computationally expensive and as far as I understand this technique is not taking advantage of the RT Cores in the RTX cards so it's just using the CUDA cores.

While we can't really play the game just yet with the ray traced shadows we are now able to get an idea of how it performs across various graphics cards from both NVIDIA and AMD, even though AMD had not updated their drivers to support DXR they couldn't get away from this one.  The performance delta between Vega and Navi, showing good performance, continues to grow it seems with even the GTX 1660 besting the Vega 64 even at 4K resolutions where Vega tends to be able to stretch its legs a bit.  Even without taking advantage of the use of the RT cores within the RTX Turing cards they do best their competition at all resolutions showing there's more to Turing than just hardware-accelerated ray tracing cores. But truthfully the ray traced shadows in World of Tanks are pretty limited and most people are not going to turn them on since only the tanks are getting the feature, I could see the appeal here for those with the computational budget to keep the frame rate high and still get to see how things are with the ray traced shadows enabled.