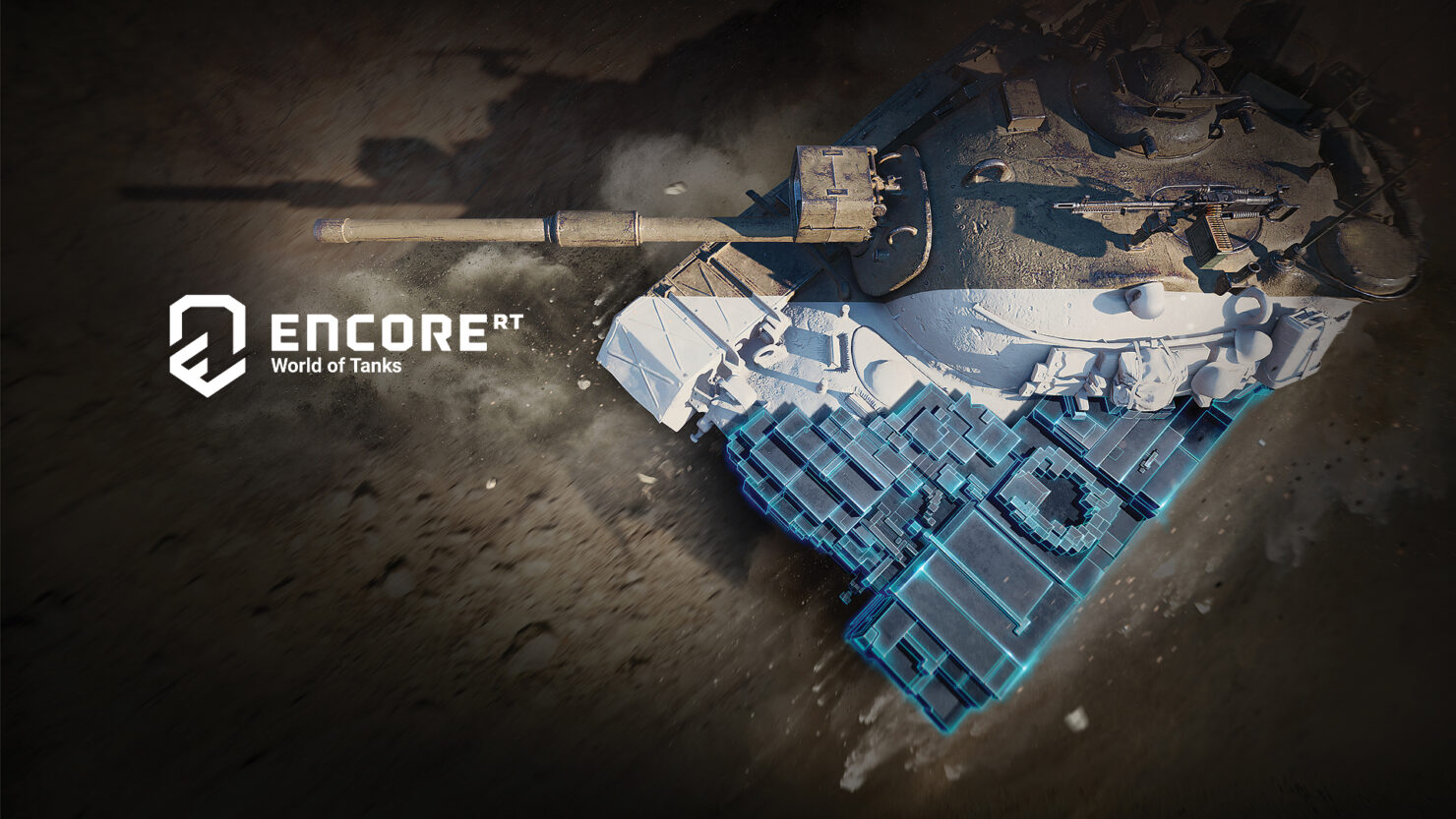 Wargaming may be branching out with titles like Pagan Online, but they haven't forgotten about World of Tanks. The massive free-to-play game continues to be updated not only with new content and features but also with the latest technologies.

This time, the folks at Wargaming managed to do something unprecedented. The latest enCore RT demo gives World of Tanks players a taste of ray tracing, specifically shadows, without requiring NVIDIA RTX graphics cards. In fact, this implementation was made through Intel's Embree library (part of OneAPI) and is compatible with all DirectX 11 graphics cards.

According to Wargaming, the performance of enCore RT will be as good or better as the ray tracing implementations we've seen so far in games that support NVIDIA RTX, while you can expect the quality to be very close.

However, it should be noted that the developers themselves have admitted ray traced shadows will only be cast from tanks as the performance would have otherwise suffered.

World of Tanks enCore RT demo is now available for download. Meanwhile, check out below the developer Q&A sent to the press by Wargaming.

1. Why is ray tracing (RT) important for the video games industry?

Ray tracing allows for realistic lighting, reflections and shadows in video games, making the
overall picture much more lifelike. Unlike rasterization tech used to emulate light and shadow behavior in games before, ray tracing generates them in real time. The RT tech has been utilized for quite some time by the film and animation industries; it has only recently started to be employed in the games industry.

The World of Tanks team decided to join those at the forefront of technology.
Ray tracing enhances the player’s experience and immersion by letting them see the
protagonist of their game—in World of Tanks that means, naturally, the tank—in a more realistic light.

To fully tap into RT one needs a powerful gaming system, and it has been decided—for now—to use the tech only for tanks. Because in case we employ it for environment objects like trees, buildings, etc., the performance of the game may suffer.

2. The mainstream, lifestyle and gaming media need to have a very simple explanation
why this is so revolutionary. The fact they don’t need high-end graphic cards saves them
a lot of money for example…

Previously, to make use of RT tech you had to have a special video card, one with cores
providing hardware support for ray tracing calculations. Wargaming’s engineers together with our friends at Intel had the task of lowering the hardware requirements and making the RT tech more accessible—and they succeeded.

Technically speaking, the ray-traced shadows tech developed by Wargaming together with Intel uses the Intel Embree library (part of Intel One API) for fast multi-threaded BVH construction by the CPU; the GPU performs ray tracing with compute shaders. The advantage of this solution is that it does not require a graphics card with ray tracing support; DirectX 11 (or above) compatibility is enough. It should be noted that the first video card with DirectX 11 support was launched in 2009, a year before the release of World of Tanks. With each passing day, the installed base of systems with DX11-compatible video cards is expanding. Today there are few people among our players who need to update their system to see high-quality shadows in World of Tanks.

It also should be mentioned that once the World of Tanks Core graphics engine is updated, ray tracing will be switched off by default in the game client. The player will have to activate it manually in the Options menu. For a comfortable transition we shall offer four grades of RT quality from zero to maximum so that users may adjust it depending on their system
performance.

3. I remember Wargaming has collaborated with Intel before. What’s with this enCore
generation? Maybe I am wrong, but there was already some enCore… So it’s a new
generation… The difference between enCore that released in 2018 and this enCore.

World of Tanks enCore RT is a demo app which allows to assess the effect that the RT tech has on the game, and also to check whether your system is capable of using it correctly. As we speak, every tanker can install the demo app on their PC and grade their system’s RT tech capabilities.

4. One question is about this CPU/GPU usage. Wargaming claims that encoreRT ray tracing will be done mainly by CPU and you don't need expensive graphic card supporting this tech GPU
wise. So you can have it on some more basic DX11 graphic cards models. Is Wargaming the
first company to do it like this? Or there are some other companies/games who are also doing it this way?

Other games mainly use GPUs with hardware-accelerated ray tracing support. We are the first game to do it this way. As far as we know there is no released or announced game with ray tracing support that works on graphics cards from different GPU vendors.

5. If it's like stated above then how will it look in terms of quality? Will it be the same as RT
coming from the GPU? Lower quality? Or maybe even higher? Will there be any
differences or generally the same?

Ray tracing is a heavy technology performance-wise. Our achievement is that we have a similar (or, in some cases, smaller) performance drop compared to our competitors that implement ray- traced shadows with GPUs with hardware-accelerated ray tracing. We have achieved that because we don’t ray trace shadows from all objects, just shadows from tanks, and also due to extensive optimization. The quality is very close to what you get with hardware-accelerated ray tracing because we basically use the same algorithms.