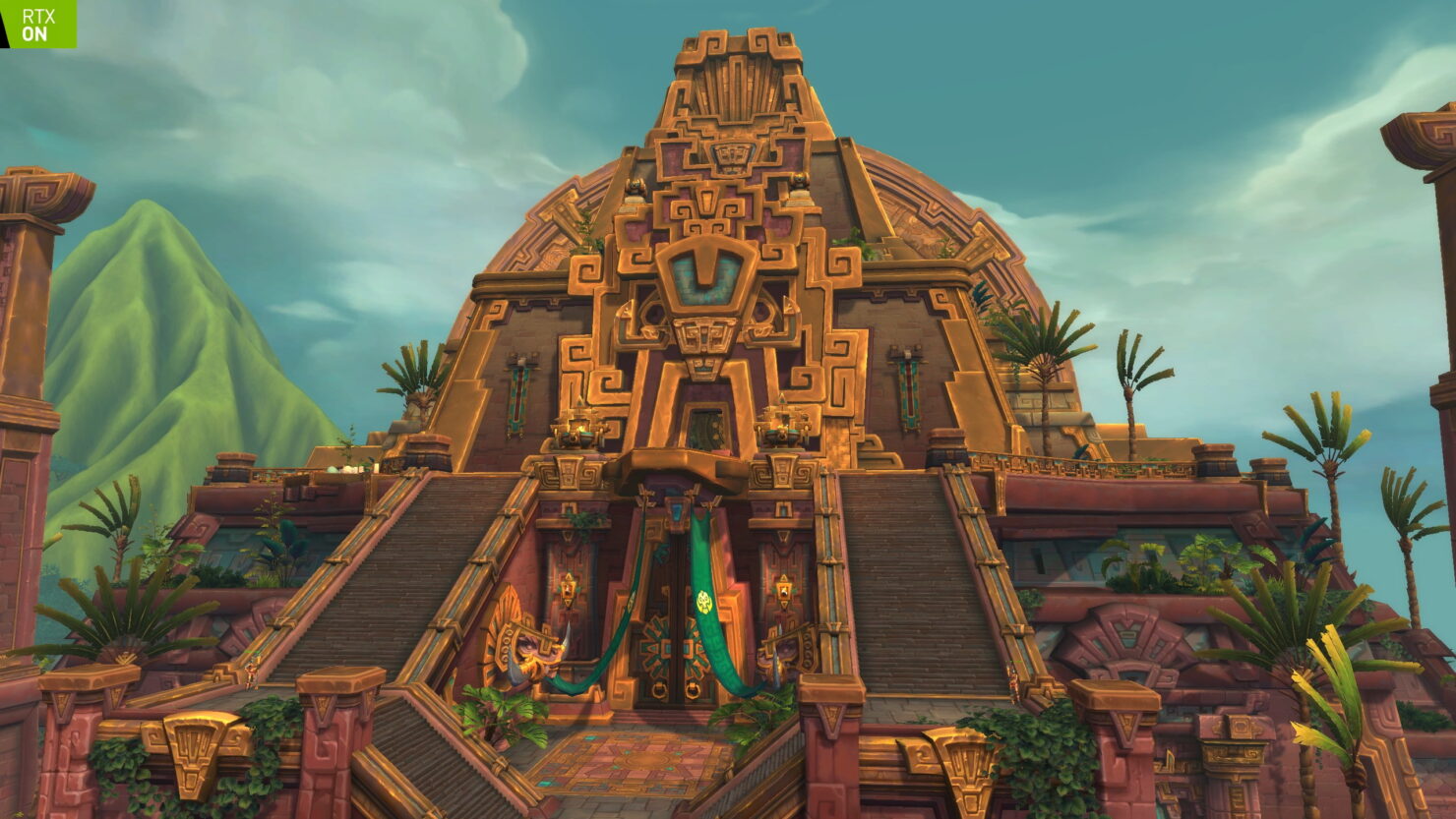 [Update 8/21] Since publishing our initial story, YouTuber and Reddit user 'KokushiGG' has posted a new video showing off Ray Traced Shadows in the new zones in the expansion. You'll find the video down below. As with yesterday's screenshots, we can see the difference in Shadows is quite minimal with the new feature enabled. Enabling Ray Traced Shadows, however, does seem to greatly affect performance with FPS dropping from 120FPS to 60FPS in some cases.

[Original story] Ray Traced Shadows within World of Warcraft Shadowlands have now been enabled on the game’s Beta/PTR, and the first comparison shots have now surfaced online.

Back in April of this year, Blizzard added Ray Traced Shadow options to the game’s Alpha. Unfortunately, actual Ray Traced Shadows weren’t enabled just yet and those in the Alpha were only able to view the new options. According to the option’s description, it “improves shadow quality with ray tracing, which produces shadows with more natural softness, greatly increased precision, and from additional light sources.”

Players in the alpha were able to select one of the following Ray Traced Shadows options:

Fast forward four months and we can now finally see how the new shadows look in the upcoming Shadowlands expansion. Earlier this week we already reported that the new NVIDIA Game Ready Driver added support for the looming new feature in Shadowlands, and several Beta/PTR players have now shared some screenshots comparing Shadowlands with and without the Ray Traced Shadows enabled.

As shared by Blizzard, the new option within Shadowlands uses DirectX Ray Tracing 1.1 (DXR 1.1) and a DXR 1.1-capable driver is required to use Ray Traced Shadows.

We’ve included the shared comparison screenshots down below. As can be seen in these shots, and as might have been expected, the effects of Ray Traced Shadows aren’t that obvious but do seem to be stronger in darker areas with low lighting.

Will you be using the new Ray Traced Shadows option within Shadowlands? Discuss down below.