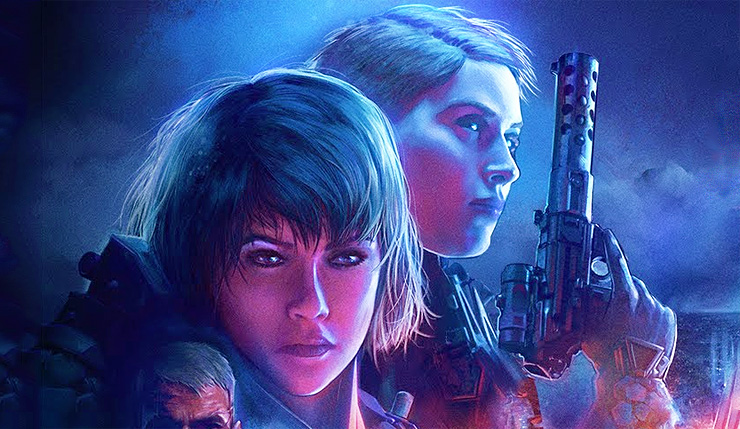 Last year at E3 2018 Bethesda announced Wolfenstein: Youngblood, a new co-op entry in their critically-acclaimed Nazi-smashing series, but we haven’t heard much about the game since. Well, Bethesda has fully pulled the curtain back, revealing a Youngblood release date, story trailer, and other key details. First up, the trailer, which introduces us to B.J. Blazkowicz’s daughters Jess and Soph, who are looking for their father in 1980s Nazi-occupied Paris. Both the girls get their own exosuits, and it turns out they’re just as good at blasting baddies as daddy was. Check out the trailer, below.

Interestingly, Bethesda has revealed Wolfenstein: Youngblood is actually a collaboration between regular Wolfenstein developer MachineGames and Dishonored creators Arkane Studios. Here’s a basic rundown of what to expect from Youngblood:

Jess and Soph Blazkowicz will stop at nothing to find their father, and that includes taking on the Nazi forces in Paris, France. Establish your home base deep in the Parisian Catacombs and tackle missions in any order you want. Team up with a friend or play with an AI companion and obliterate the Nazi regime.

Along with the newly added co-op system, Youngblood features some newly added RPG elements. Explore Paris and take on the Nazis to level up and unlock new abilities, weapon attachments, gadgets, cosmetics and more. You’ll have access to updated and improved New Colossus weapons like the Dieselkraftwerk, Shockhammer (now called the Kugelgewehr), Laserkraftwerk and more, and you’ll also be able to tear through the fascist hordes with a number of new weapons like the iconic Maschinepistole and the devastatingly powerful Elektrokraftwerk.

Of course, Wolfenstein: Youngblood comes with the usual array of pre-order bonuses, including:

Wolfenstein: Youngblood storms onto PC, Xbox One, PS4, and Nintendo Switch on July 26.