Windows 10 is going to receive a major update this summer, as a number of new features and improvements are expected to release. Along with other improvements and features, Microsoft is also planning to introduce a Windows 10 Picture in Picture feature.

- How to download and run Bash on Ubuntu on Windows 10 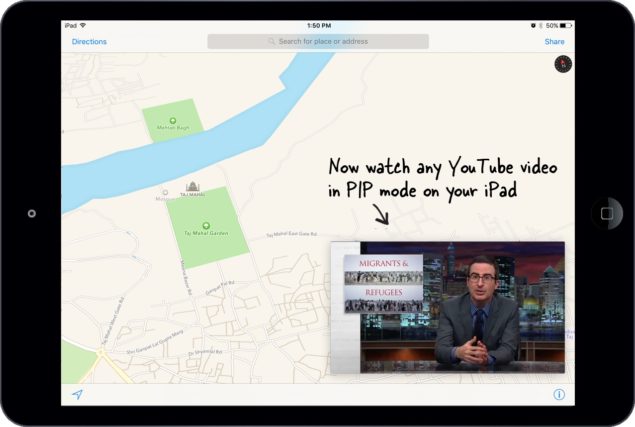 Dubbed as Windows 10 Anniversary Update, the first major update coming to the operating system is slated to release in July 2016. Microsoft talked about several new features and feature enhancements at its Build Conference, which was then followed by the release of Windows 10 Insider 14316, giving insiders a peak into the new features. Along with improvements to Continnum, major overhaul for Cortana and Action Center, layout changes for the Start Menu, and a system-wide dark theme, Microsoft might also introduce a new feature called Windows 10 Picture in Picture mode.

Folks at mspoweruser have reported that "the feature will be available for Windows 10 PCs and Tablets only, but it could be coming to Windows 10 Mobile in the future. While this feature may not be very useful in PCs, it can come in quite handy on tablets." Microsoft doesn't say anything else about this Windows 10 Picture in Picture feature, except that it monitors media content, and that the feature is in development.

You can read more about Windows 10 features that are in development in this official Microsoft's Windows 10 roadmap. In the roadmap, Microsoft also slipped that the Windows 10 Anniversary Update will be released in July this year.