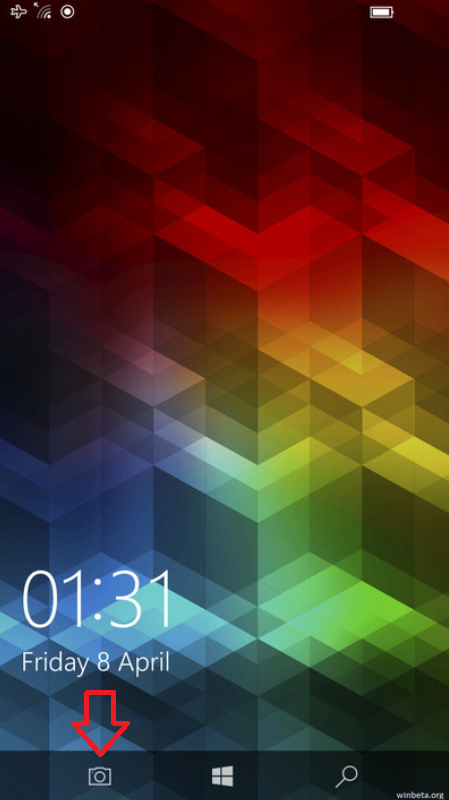 Microsoft will add the ability to easily access Camera from the lock screen, by introducing a new button on the lock screen. Users will be able to open the Camera app by holding the Camera button on "the navigation bar whilst on the lock screen for around a second, before vibrating and opening the Camera app," WinBeta reported. Microsoft is expected to introduce this Camera app feature in the next Insider Preview build, that is expected to be released next week. Microsoft released a major Preview build to Windows 10 PC Insiders this week, but couldn't release any new test build to Windows 10 Mobile due to a breaking cellular data bug.

For those on Android and iOS wondering why there already isn't a camera button on the lock screen, Windows 10 Mobile is still a new OS and is largely considered as a "work in progress." We also have to consider the fact that most of the Lumia devices come with a dedicated camera button, making an onscreen button only redundant. As the new operating system is now going beyond Microsoft's own devices, users interested in getting a Windows 10 Mobile phone must appreciate this new addition.

Not only this, but Redstone update will bring more such small changes and features, improving the overall user experience. Redstone builds are currently Insider Previews released to Windows Insider Program. Windows 10 for Desktop will receive these builds (dubbed as Windows 10 Anniversary Update) this summer. There is no information about when Redstone updates will be sent out to Windows 10 Mobile users.