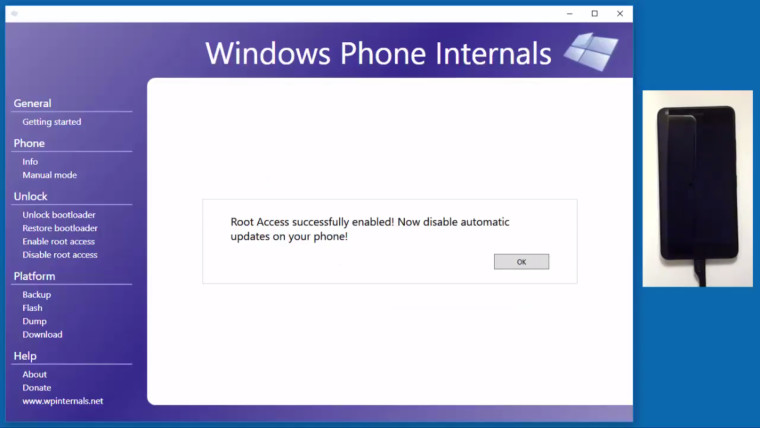 The operating system might be dead but there is still a small but strong community devoted to Windows 10 Mobile. In this community, Rene Lergner (Heathcliff74) is a known name for breaking into the OS to run a custom ROM on a Lumia or full Windows 10 on ARM, among other similar projects. It appears Rene is no longer interested in keeping up with the dead OS and has given up on this project. (He is thinking about breaking into iPhones instead)

Rene is now making "Windows Phone Internals" open source to enable anyone who is interested to keep tweaking with it. The full source code of WPinternals is now available on GitHub (via Neowin).

"I will still do some development, but don't have much time for it lately. So I hope other developers and hackers can contribute too."

As for future, if Microsoft ever finally releases a Surface phone, Rene said it will be a new challenge. "Maybe I will try to hack an iPhone in the meantime, LOL," he quipped.