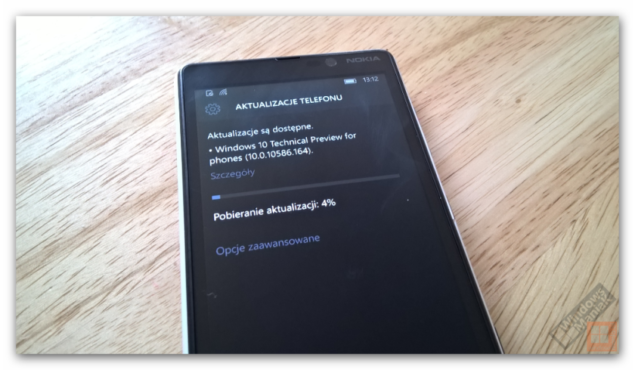 According to several different sources, Microsoft is internally working on Preview build 10586.164. The cumulative update will be shipped to Windows Insiders early next week. However, looking at how the tech giant has been releasing Preview builds for its mobile OS at an increased pace, we might see this build as soon as later tonight. This upcoming cumulative update for Windows 10 Mobile Insiders was first spotted and reported by WindowsMania.pl, who have also shared the above screenshot. Twitter user @tfwboredom, a popular leakster when it comes to Windows 10, also shared the same build earlier this week.

Windows 10 Mobile 10586.122, released earlier this week as a cumulative update, was only offered to those on the Slow and Release rings. “Windows Insiders with devices on the Fast ring which are not yet receiving updates from the Development Branch would need to temporarily switch to the Slow or Release Preview rings if they want to receive this build,” Gabe Aul of the Windows Insider program had posted with the release of 10586.122 earlier this week. The next release will also be a cumulative update, bringing bug fixes and performance enhancements. As new features are unlikely for this upcoming build, it might also be released to the same rings as .122, focusing on the upgrade experience for Windows Phone users.

Looking at the timeline of both these reports, a Friday release seems even more possible than a release slated for next week, unless there are some technical issues with the build. Let's see, which devices get this upcoming Windows 10 Mobile cumulative update and if it finally paves way to the release of Windows 10 Mobile for Windows Phone 8.1 devices next week, as has been reported.