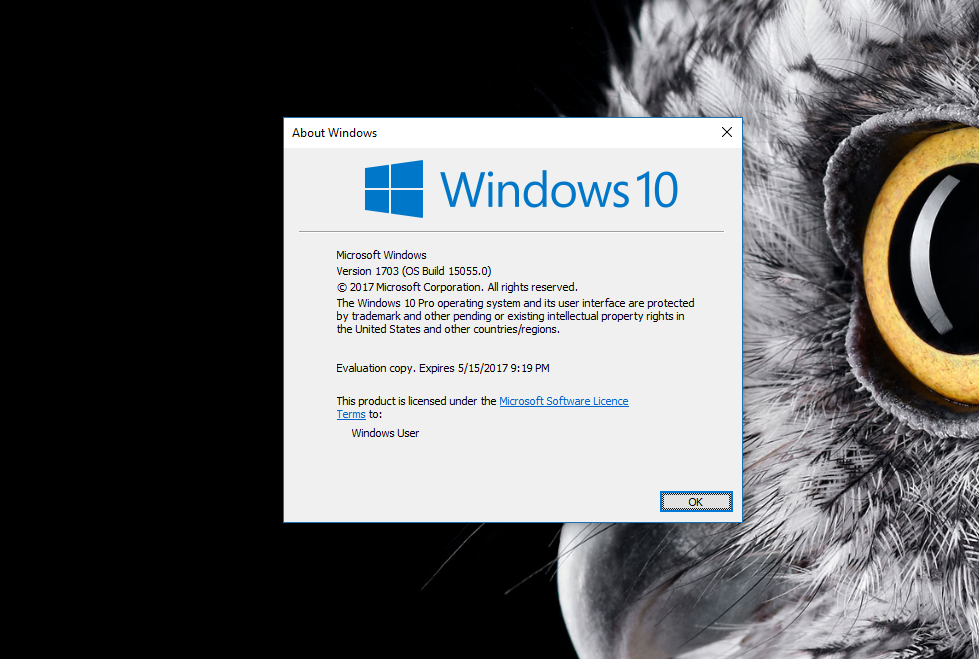 With Windows 10 Creators Update Preview build 15042 that was rolled out to Insiders in the Fast ring two weeks ago, Microsoft had removed the "Insider Preview" watermark. The build also showed no expiration date, confirming that the upcoming update is close to completion. Today, with the release of Windows 10 build 15055, the company has finally confirmed the version number, bringing that watermark back to Insider Preview build.

Earlier today, Microsoft released Windows 10 Insider Preview build 15055 to both the PC and Mobile Insiders in the Fast ring, bringing a number of bug fixes. While we already saw reports suggesting that the next Windows 10 Creators Update version number would be 1703, Microsoft has now officially confirmed it with today's build. As always, the confirmation comes through the trusted folks at MSPU who spotted the version number in today's Preview build. Today's build changes the version from 1607 (Windows 10 Anniversary Update) to 1703.

For those who don't know how the Windows 10 versioning works, the first two digits show the year, while the last two are for the month. That may lead you to hope that the Windows 10 Creators Update will be released this month, but April is the likely candidate. With the Windows 10 Anniversary Update too, the company had used version 1607, while releasing it in August.

Windows 10 Creators Update is bringing a number of changes, including the Game Mode, Night Light and Pick Up Where You Left Off. However, it is still a smaller upgrade when compared to Windows 10 Redstone 3 - scheduled for a fall release.

Microsoft is highly expected to release Windows 10 Creators Update on April 11 for PC, with the Mobile release following the desktop rollout. The company would be signing off Creators Update in the next two weeks, so be ready for the RTM build coming very soon.